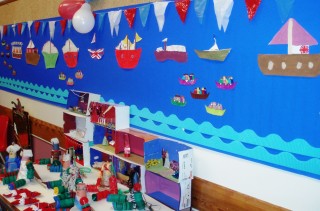 Flotilla from the right
by Beverley Small 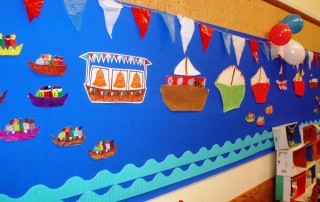 Flotilla from the left
by Beverley Small

Brownies created their own version of the flotilla.  One Brownie who lucky enough to be taken to see the flotilla with her family was our roving reporter for the day.

According to Ellen, they saw the Queen arrive an hour late and then get into a speed boat.  Ellen had to put 2 periscopes together to watch because she was standing behind a very tall man with a tall hat (who might have been a guard with a bearskin?).  All the crowd around her thought the periscope idea was a great one and copied her.

It was lovely to hear about the great day she had with her family and see the photos they took.