Past Jubilees in Hertfordshire 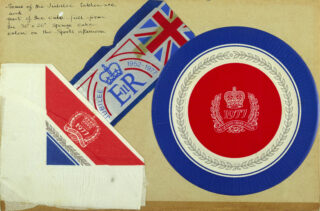 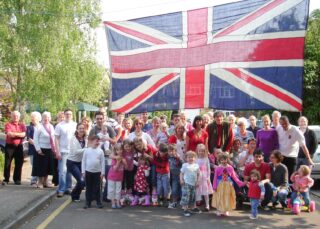 A street party at The Sycamores in Bishops Stortford for the Diamond Jubilee in 2012.
Hertfordshire County Council 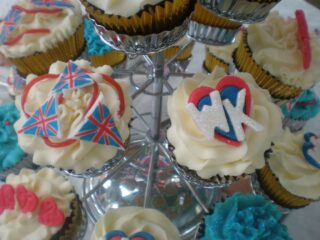 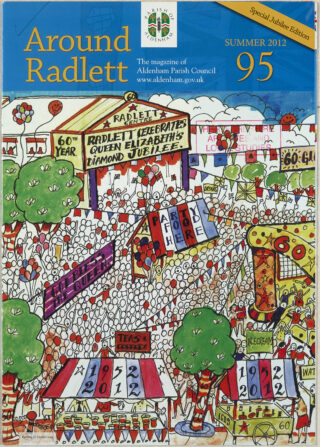 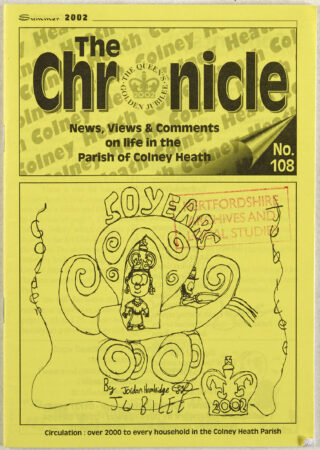 This isn’t the first time Hertfordshire has celebrated a Jubilee of Queen Elizabeth II. Her Silver, Gold and Diamond Jubilees in 1977, 2002 and 2012 were also causes for large celebration.

In 1977, Queen Elizabeth celebrated 25 years on the throne. To mark the occasion 103 beacons were lit across the country on 6th June linking to Windsor, and one of the beacons was in Therfield in Hertfordshire. A huge pyre was constructed to burn brightly far and wide.

Hertfordshire took part in a national Silver Jubilee Appeal. At the request of the Queen, communities across the UK raised money to be reinvested into local causes. In Hertfordshire, a target was set of £115,000 to be raised throughout its 10 districts. Money was raised by selling Jubilee programmes and lottery tickets, and East Herts collected the most of all districts – a huge £16,237. St Albans used their funds of £14,500 to build a care centre in Catherine Street known as Jubilee House, whilst Berkhamsted Town Council bought a book for every school in their area.

Other celebrations in the county included fun fairs, cricket matches, dances and cheese and wine parties. Buntingford had a parachute drop display performed by the Sky Streakers Parachute Group as well as a carnival, flower club competition and a comedy football match. Cassiobury Park in Watford held a firework display, whilst other events in the town included music recitals and an obstacle horse ride. The Song Pantomime & Drama Society at St Francis Theatre in Letchworth Garden City were celebrating their 40th anniversary at the same time as the Silver Jubilee was running, and so they decided to combine the festivities into a special show alongside an exhibition in their lobby which showcased their history.

The country came together again 25 years later to celebrate Queen Elizabeth II’s Golden Jubilee. The Queen had ruled for 50 years and it was a momentous occasion. Street parties were held across Hertfordshire, houses were decorated, and many trees and flowers were planted to mark the anniversary. Scarecrows were erected in Buntingford dressed in a royal theme for a competition, Pirton School buried a time capsule, and Weston created a 6-mile Jubilee walk which took in views of key sites around the village. A chance was also taken by Shenley to better their community, when the Parish Clerk organised litter picking walks during the Jubilee week.

Some lucky school children from St Albans found themselves parading down The Mall in London with members of the Chicken Shed drama group, escorting the Queen to the gates of Buckingham Palace. Perhaps one of the greatest honours was given to 13-year-old Julian Bliss from Harpenden who performed in a classical concert in the grounds of Buckingham House in front of the Queen, Royal Family, an audience of 12,000 guests and which was also broadcast worldwide.

In fact, Hertfordshire was dubbed the “number-one street party hotspot” in the country, as there were 451 road closures across the Jubilee weekend – the highest number of applications received by any county in the UK. The nearby county of Suffolk had 90 closures in total, whilst St Albans alone had 95!

The 126th Hertfordshire County Show took place over the Diamond Jubilee Bank Holiday weekend, and the Grand Ring of the showground was renamed the Queen’s Diamond Jubilee Arena in her honour. Shows put on in the ring included the Devil’s Horsemen, Chariots of Fire and a new Mounted Games where 5 equestrian teams competed. Tens of thousands of people thronged to Redbourn for the weekend.

Efforts were made to make a more permanent mark of the Jubilee. Braughing Parish Council were awarded £3,000 towards installing a commemorative panel insert for the Fleece Bridge. Brickendon planted a commemorative tree and wildflower meadow on Brickendon Green, and Therfield and Kelshall created a Diamond Jubilee Cookbook with submissions from residents.

How are you celebrating the Queen’s Platinum Jubilee?