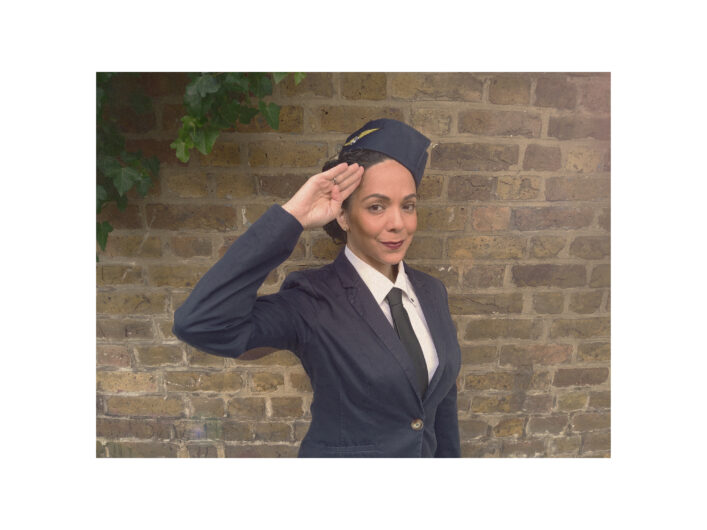 In 2018, Rosamunde Hutt, Artistic Director of St Alban’s-based theatre company Pursued by a Bear, approached accomplished local playwright Anna Reynolds to write a play about women. In collaboration with Trestle Arts Base, Anna had managed the highly successful Hertfordshire Hidden Heroines project, funded by  the Heritage Lottery Fund, discovering, rediscovering and bringing back to life many amazing local women. Anna was keen to weave their stories into a new play and, once given the green light by Rosamunde, there followed two years of research, writing, and sharing the play’s progress. Following a brilliant response from audience, funders and potential partners to its rehearsed reading, the company started to put in place a tour for Autumn 2020. Then the world changed: Covid-19 confined everyone to their homes and theatres shut their doors. Hopes for Anna’s play, Nothing On Earth, began to fade.

However, an exciting proposal to revive, and even extend, the play’s life came along through a commission and investment from the University of Hertfordshire Arts, thanks to whom the first in a series of theatre plays on film was launched. Learning to Fly was premiered on 3 July as part of the University’s Festival of Ideas Reimagined. The short play, featuring Hertfordshire actor Géhane Strehler, picks up on themes from Anna’s original play – including pioneering aviators with a focus on the ‘ATA Girls’ who were based at Hatfield De Havilland aerodrome (now the site of the University) during World War II. As part of the civilian Air Transport Auxiliary, these women ferried planes between factories, maintenance depots and frontline RAF airfields. Each woman flew alone, navigating and piloting aircraft of all sizes from Spitfires to heavy bombers such as the Lancaster, often with only ten minutes to become accustomed to the individual aircraft.

The film – the first in a series of six to be released with support from the Arts Council England’s emergency funding for non-regularly funded companies – was created in socially distanced, lockdown conditions and involved a full creative team. Rosamunde Hutt directed Géhane via Zoom interaction, before the actor and her partner filmed the various scenes around their home and nearby. Géhane had the added challenge of having to ‘style’ herself and the sets she was using. Helen Chadwick composed and performed evocative music for the film, which Pursued by a Bear’s Associate Director, Grant Watson, edited.

Director Rosamunde Hutt said ‘We are so grateful that funding has put us in a position to create this beautiful piece of theatre on film, online – and crucially enabled us to employ our freelance creative community during these times. This new way of approaching Anna’s wonderful writing and ideas has not only kept the project going but extended it – making it broader, more accessible, and even more exciting. I hope audiences – especially in Hertfordshire – will enjoy it and the other pieces to come.’