Strange times at the supermarket... 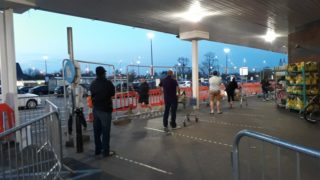 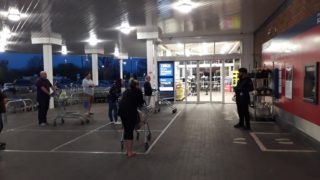 Briefing at entrance to Tesco 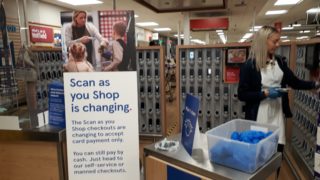 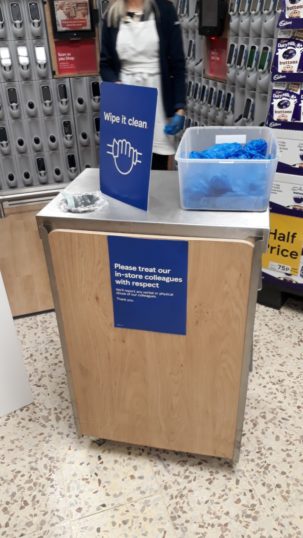 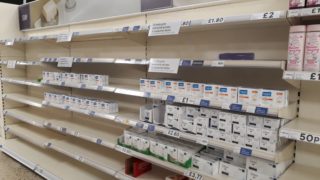 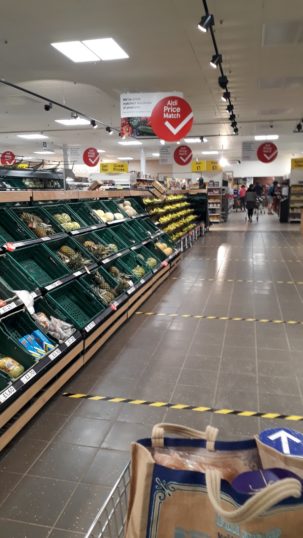 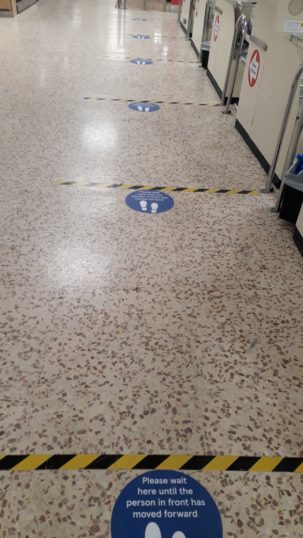 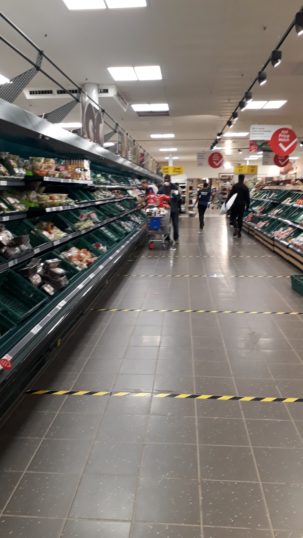 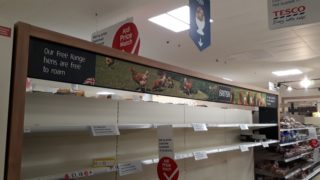 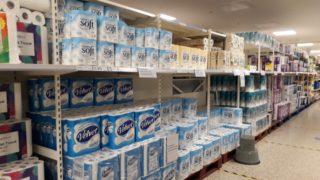 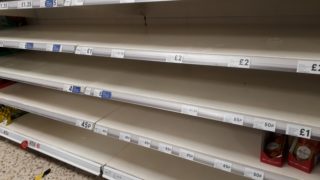 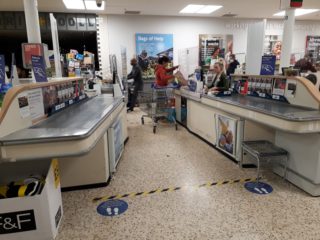 Screens at the tills

I have been to the supermarket a few times since lockdown began on 23 March 2020.

On 08 April, I went to Tesco Hatfield in the evening, owing to combining working with caring for a toddler.  It was one of the strangest and most unsettling experiences of my life.

The supermarket is a huge place near the A1.  Every time I go, the experience is slightly different, as ever more policies are introduced in an attempt to safeguard both shoppers and employees.

On this occasion, the queuing system, which I had seen previously, was almost empty.  It was set up like a theme park queue, long and winding, although there was Iittle sense of excitement here.  But we Brits are generally a patient bunch and we understand why we have to queue.   What makes it take up so much space (the entirety of the child and parent parking area) is the requirement for two metres’ distance between each shopper.  This was marked out on the ground.

On joining the queuing system, there was a table with disinfecting fluid, cloths and plastic gloves for shoppers to clean their trollies before use.   Having finally arrived at the front of the queue, we were not simply waved in.  Instead the first six people where called over to stand with their trollies in boxes marked out on the ground.  Once assembled, a member of staff briefed us on the various new policies which we would be required to observe.  Among them, the two metre distancing in each aisle, a one way system and a queue allocation system for those paying at the till.  Noone thanked the man for the briefing and we all trooped in.

I chose to Scan as You Shop, but was quite alarmed to see the new set up for this…  Behind a screen, a member of staff in a mask and surgical gloves took my Tesco card, disinfected it and use it to release a scanner.  The scanner was wiped down and returned to me with my card.  Another member of staff stood nearby offering shoppers gloves.

I accepted the gloves, but couldn’t help thinking how pointless it was, since donning and doffing this kind of equipment properly requires a very careful and methodical approach in order for it to be effective.  Otherwise it’s more or less useless.  But it makes us feel better.  Feel safer.

Struck by how strange this all was, I asked if I could take some photos – explaining that I worked for an archive and that no one would believe this in years to come.  One of them shrugged, the other seemed to see where I was coming from.

Moving around the shop, I started to feel quite unsettled by what I saw.  The empty shelves – something I haven’t seen since the panic buying just before the year 2000.  It seemed like a wartime scene: no eggs, little bread, no flour, no pasta, no rice, no paracetamol.  I turned one corner and bumped into a man wearing a full visor over his face.  At this time, not even all NHS staff had this much PPE so it was a real surprise.  He was about 7 foot tall and I didn’t have the nerve to ask to take his picture!

The uncanny element in all this was that it was both utterly strange and utterly normal.  Couples in face masks, pottering around by the veg, squabbling about this and that.  This is our new normal.  The other strange thing was the total absence of children.  I know it was early evening, but you usually see a few, even then. But now there are none.  And most shoppers were on their own.

On my way to pay, I saw a older woman, taking a member of staff to task about over-crowding in the shop.  She was very concerned.  I didn’t hear the outcome.

As I left, I notice three security staff at the exit and wondered what kind of scenario had been imagined that require so many of them.  Most of us just wanted to get round and get out as quickly as possible.

I haven’t been back since, but I wonder what I’ll find next time.