Author of The Worst Journey In the World, from Wheathamstead 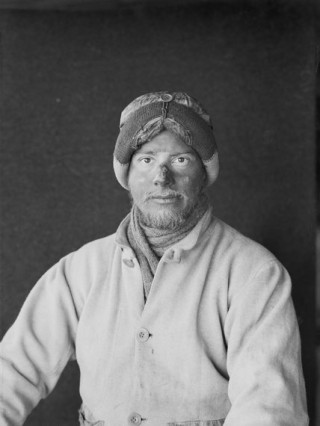 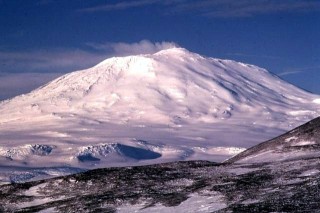 Apsley George Benet Cherry-Garrard was born on 2nd January, 1886 in Lansdowne Road in Bedfordshire. The only son of Evelyn and Major-General Apsley Cherry-Garrard C.B., who served with gallantry at the Indian Mutiny and in the Kaffir and Zulu Wars and was described by F.M. Lord Wolseley as ‘the bravest man I have ever seen’ (Cherry-Garrard, The Worst Journey in the World, p.lvi). The Cherry-Garrard family moved from Denford in Bedfordshire at the end of the nineteenth-century, to Hertfordshire, taking over the Lamer Estate in Wheathampstead which had been a part of the Garrard family since the mid-1500s. Moving to Lamer proved popular with the family, especially Apsley who cherished every part of its grounds.

Apsley attended The Grange preparatory school in Folkestone and Winchester school before studying Classics and Modern History at Oxford where he also took passionately to rowing, a sport that was not hindered by his short-sighted eyesight.

Apsley greatly admired his father and aimed to follow in his footsteps. After learning about Captain Scott’s plans to embark upon a second voyage to Antarctica, he offered £1,000 to the funds of the Expedition. There were over eight-thousand applicants to be a part of the crew, several of which also offered similar sums of money. Cherry however, was told he was unsuccessful, yet despite this still wanted his contribution to stand. Scott was extremely impressed by his actions and motivation for donating the money and so allowed him to come on the Expedition. Cherry was therefore enrolled onto the crew as assistant zoologist. He was the second youngest member of Captain Scott’s ill-fated 1910-1913 expedition.

Cherry-Garrard wrote in his work that Scott described him along with Captain Oates as an ‘adaptable helper’ (p.2). Despite the other scientists at first finding his presence amusing, he soon became an indispensable member of the crew, working tirelessly and earning praise from many of the Expedition’s members. Edward Wilson wrote to Reginald Smith after arriving in New Zealand: ‘As for Cherry, he is such a success – and it is apparent to every one. I am so delighted with him’ (p.lx). Captain Scott who joined the ship in New Zealand also wrote to Reginald Smith stating that ‘Cherry-Garrard has won all hearts; he shows himself ready for any sort of hard work and is always to the front when the toughest jobs are on hand. He is the most unselfish, kind-hearted fellow and will be of the greatest use to the Expedition’ (p.lxi).

After travelling to Antarctica, the arduous journey to reach the South Pole began. On November 1st 1911, Scott, Wilson and Cherry-Garrard set fourth in the ‘flying rear-guard’ to reach other teams at the Great Ice Barrier. Upon reaching them, two of the teams including Cherry-Garrard were sent back to the Upper Glacier Depot. It would not be until another year that Cherry-Garrard and the rest of the team would find Captain Scott, Edward Wilson and Henry Robertson Bowers dead in their tent. After returning home to Britain, came the outbreak of World War One, in which Cherry-Garrard served in the Royal Naval Volunteer Reserve service as Lieutenant Commander before illness prevented him from continuing. During a long period of recovery, he began writing down his experiences which would later form his work: The Worst Journey in the World.

Apsley Cherry-Garrard died on the 18th May, 1959 at the age of 73. He once wrote: ‘It falls to few men to do something which no one else has ever done. To have done so before the age of thirty is astonishing; the combination of opportunity, ability and motive power is extremely rare.’ (p.lxxxix)

Literary Work – The Worst Journey in the World

First published in 1922, the work charts the 1910-1913 Terra Nova polar expedition or alternately known as the British Antarctica Expedition, which was led by Captain Robert Falcon Scott.

In the Introduction to the work, Cherry-Garrard writes: ‘Polar Exploration is at once the cleanest and most isolated way of having a bad time which has been devised’. (p.vii)

The work begins with ‘Chapter One: From England to South Africa’ which immediately begins charting the Expedition and the initial voyage with the Terra Nova setting sail from Cardiff on 15th June 1910.

National Geographic Adventure Magazine put The Worst Journey in the World at number one in the top one-hundred list of greatest adventure stories of all time. In the description they state:  ‘As War and Peace is to novels, so is The Worst Journey in the World to the literature of polar travel: the one to beat….His book earns its preeminent place on this list by captivating us on every level: It is vivid; it is moving; it is unforgettable.’

Cherry-Garrard also contributed an essay to T.E. Lawrence, in the work T.E. Lawrence, by His Friends in 1937. In this essay he speaks about the cathartic and releasing effect writing was able to provide, stating that: ‘To go through a terrible time of mental and physical stress and to write it down as honestly as possible is a good way of getting some of it off your nerves.’ (p. lxxxix)

Extract from The Worst Journey in the World

At 8.30 on Monday night, 2 January, we sighted Erebus 115 miles away. The next morning most of us were on the yards furling sail. We were heading for Cape Crozier, the northern face of Ross Island was open to our fascinated gaze, and away to the east stretched the Barrier face until it disappeared below the horizon. Adélie penguins and Killer whales were abundant in the water through which we steamed.

I have seen Fuji, the most dainty and graceful of all mountains; and also Kinchinjunga: only Michael Angelo among men could have conceived such grandeur. But give me Erebus for my friend. Whoever made Erebus knew all the charm of horizontal lines, and the lines of Erebus are for the most part nearer the horizontal then the vertical. And so he is the most restful mountain in the world, and I was glad when I knew that our hut would lie at his feet. And always there floated from his crater the lazy banner of his cloud of steam.

Now we had reached the Barrier face some five miles east of the point at which it joins the basalt cliffs of Cape Crozier. We could see the great pressure waves which had proved such an obstacle to travellers from the Discovery to Emperor penguin rookery. The Knoll was clear, but the summit of Mount Terror was in the clouds. As for the Barrier we seemed to have known it all our lives, it was so exactly like what we had imagined it to be, and seen in the pictures and photographs.

Apsley Cherry-Garrard was close friends with George Bernard Shaw who lived nearby at Shaw’s Corner. Apsley wrote about the Shaws that ‘they taught me to write’. (p.1xx) At Shaw’s Corner he also met with T. E. Lawrence who was a frequent visitor there.

Cherry-Garrard, Apsley, The Worst Journey in the World with an Introduction by Paul Theroux, (Picador: London), 1994