The home of Sir Francis Bacon

The original Gorhambury House seen below was built from 1563 by Sir Nicholas Bacon (1510-1579) with completion dated to 1568. Sir Nicholas was Lord Keeper of the Great Seal and one of Queen Elizabeth I’s most important councillors. 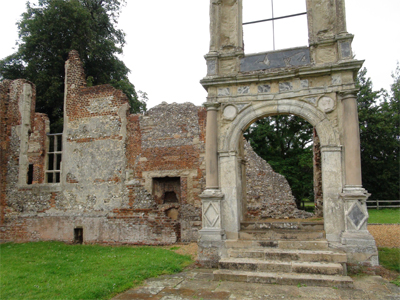 The Latin inscription reads: ‘When Nicholas bacon brought these buildings to completion, two lustres of Elizabeth’s reign had passed, He had been knighted and made Keeper of the Great Seal, May all glory be ascribed to God Alone’. 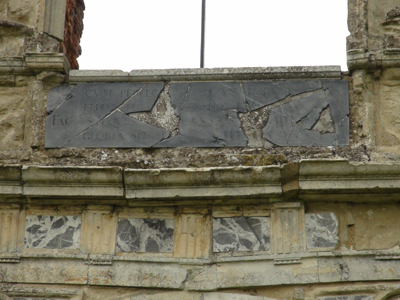 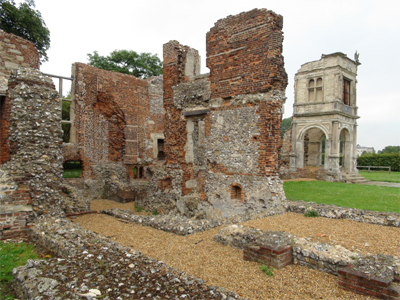 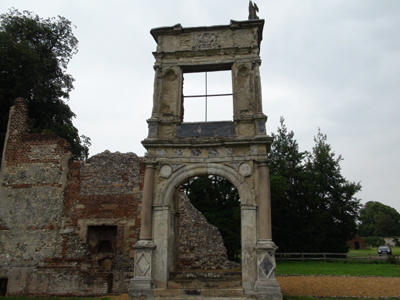 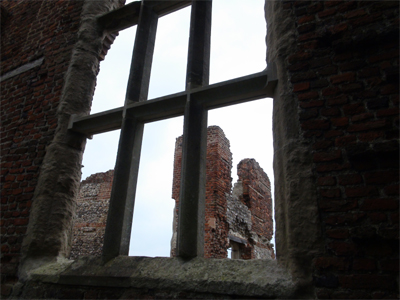 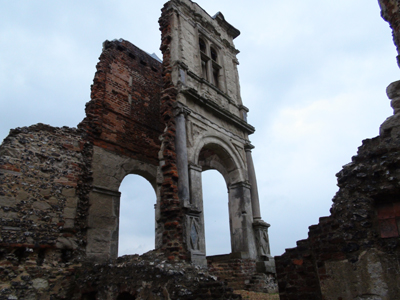 Sir Francis Bacon inherited Gorhambury after his father’s death in 1579.

After acrimoniously falling from public favour, he retreated to Gorhambury in 1621 and spent the remainder of his time here, conducting scientific experiments and writing his influential philosophy.

At the very top is the royal coat of arms for Queen Elizabeth I. Beneath are two Roman figures which have been speculated to be attributed to the Roman heritage of St Albans or Bacon’s fascination with Roman civilisation. It was also becoming more popular with new classical architecture.

Several decades after Sir Francis’ death the house was purchased by Sir Harbottle Grimston (1603-1685) and his family lived in there for another one hundred years and also expanded the original property. However, due to lack of repairs the house fell to ruin and in 1784 had moved into the newly built Palladian style house adjacent to the ruins.

The ruins were kept as a standout feature in the grounds and the stained glass windows were transported to the new house and can be seen there today.

The empty frames are where the stained glass windows were located. These can be seen in the new Gorhambury House.