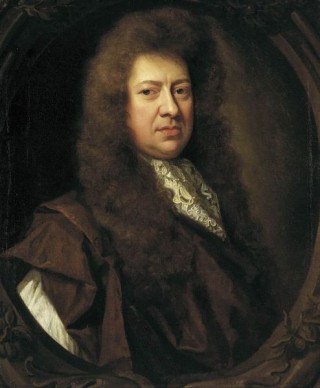 The 1660s saw Samuel Pepys travel throughout Hertfordshire, and true to his legendary status as an extensive diarist, records of his visits can be found in his journals. Recorded by Malcolm Tomkins in his book So That Was Hertfordshire: Travellers’ Jottings 1322-1887, Pepys made numerous entries about his trips to the county, writing about Hatfield, Welwyn, Puckeridge, Baldock and Huntingdon amongst others. In February 1660 Pepys reflected on a bad journey throughout the county, stating: ‘the day and the way very foul… the way exceeding bad from Ware thither’. The year would however end with a more positive passage regarding the county. On 23rd September 1661 Pepys writes of a trip enjoyed by he and his wife, Elisabeth:

we took horse and got early to Baldwick [Baldock] ; where there was a fair, and we put in and eat a mouthfull of pork , which they made us pay 14d. for, which vexed us much. And so away to Stevenage , and staid till a showre was over, and so rode easily to Welling [now Welwyn], where we supped well, and had two beds in the room and so lay single, and still remember it that of all the nights that ever I slept in my life I never did pass a night with more epicurism of sleep; there being now and then a noise of people stirring that waked me, and then it was a very rainy night, and then I was a little weary, that what between waking and then sleeping again, one after another, I never had so much content in all my life, and so my wife says it was with her.

Pepys’ sporadic journeys to the county continued throughout the decade. Another interesting description of Hertfordshire appears in an entry for Sunday 11th August 1667, which saw Pepys visit Hatfield House:

(Lord’s day). Up by four o’clock, and ready with Mrs. Turner to take coach before five; which we did, and set on our journey, and got to the Wells at Barnett by seven o’clock, and there found many people a-drinking; but the morning is a very cold morning, so as we were very cold all the way in the coach. Here we met Joseph Batelier , and I talked with him, and here was W. Hewer also, and his uncle Steventon : so, after drinking three glasses and the women nothing, we back by coach to Barnett, where to the Red Lyon , where we ‘light, and went up into the great Room, and there drank, and eat some of the best cheese-cakes that ever I eat in my life, and so took coach again, and W. Hewer on horseback with us, and so to Hatfield , to the inn , next my Lord Salisbury’shouse [Hatfield House], and there rested ourselves, and drank, and bespoke dinner; and so to church , it being just church-time, and there we find my Lord and my Lady Sands and several fine ladies of the family, and a great many handsome faces and genteel persons more in the church, and did hear a most excellent good sermon, which pleased me mightily, and very devout; it being upon, the signs of saving grace, where it is in a man, and one sign, which held him all this day, was, that where that grace was, there is also the grace of prayer, which he did handle very finely. In this church lies the former Lord of Salisbury, Cecil, buried in a noble tomb. So the church being done, we to our inn, and there dined very well, and mighty merry; and as soon as we had dined we walked out into the Park through the fine walk of trees, and to the Vineyard, and there shewed them that, which is in good order, and indeed a place of great delight; which, together with our fine walk through the Park, was of as much pleasure as could be desired in the world for country pleasure and good ayre. Being come back, and weary with the walk, for as I made it, it was pretty long, being come back to our inne, there the women had pleasure in putting on some straw hats, which are much worn in this country, and did become them mightily, but especially my wife . So, after resting awhile, we took coach again, and back to Barnett, where W. Hewer took us into his lodging, which is very handsome, and there did treat us very highly with cheesecakes, cream, tarts, and other good things; and then walked into the garden, which was pretty, and there filled my pockets full of filberts , and so with much pleasure. Among other things, I met in this house with a printed book of the Life of O. Cromwell , to his honour as a soldier and politician, though as a rebell, the first of that kind that ever I saw, and it is well done. Took coach again, and got home with great content, just at day shutting in, and so as soon as home eat a little and then to bed, with exceeding great content at our day’s work.

Often, Pepys’ diary entries include his reflections on the poor state of the Hertfordshire roads. In fact, in September 1660 Pepys wrote of two bad falls his wife experienced due to the state of the highways. During another visit, an exasperated Pepys writes of roads ‘mighty full of water so as hardly to be passed’, resulting in his coach seeking an alternative passage through Bishops Stortford. Tomkins cites a passage in Pepys’ diary where he is so frustrated by the state of the highways he felt compelled to give sixpence to ‘menders of the highway’ in Barnet as a token of appreciation for their efforts!

Evidently, for Pepys, the travel to and about Hertfordshire were not comfortable ones; yet his frequent journeys to the county indicate his appreciation for its beauty and people. To read more of Samuel Pepys’ work, transcripts of his diaries can be found at: www.pepysdiary.com
Sources: