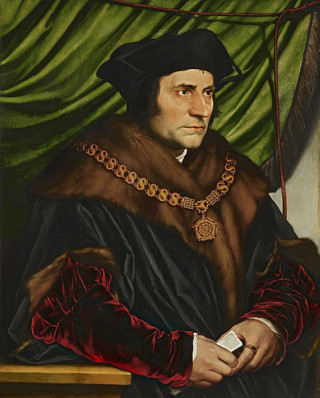 Sir Thomas More by Hans Holbein the Younger in 1527 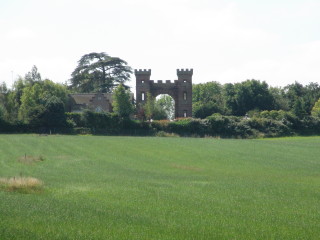 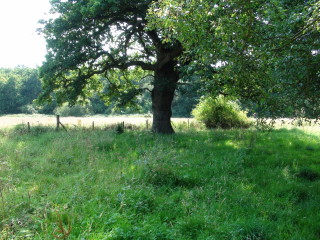 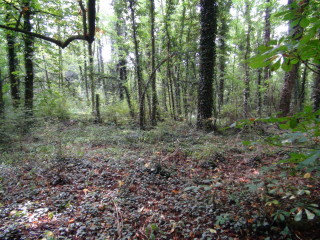 The approximate site where More Hall once existed
Adam Jones-Lloyd 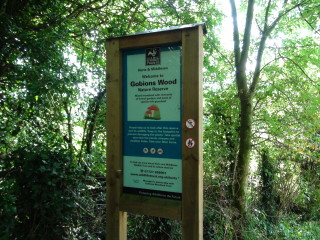 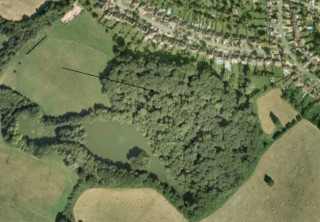 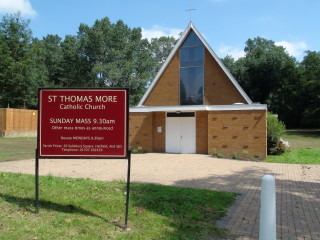 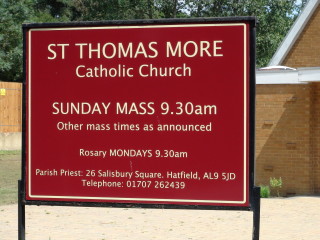 Born in 1478 in Milk Street, Cripplegate, London, to parents Sir John and Agnes More, Thomas More would become one of the key figures in King Henry VIII’s court and be celebrated throughout the following centuries for his views and commitment to peace through his statesmanship. More was a scholar, lawyer, Humanist and a deeply religious man. More is perhaps most famously known for opposing Henry’s aim to separate from the Catholic Church and establish the Church of England. It is however, perhaps less commonly known that he wrote the visionary work Utopia, published in 1516.

More was influenced and guided strongly by his father, educated at some of the most prestigious schools and colleges of the time, first attending St. Anthony’s School in Threadneedle Street before becoming a page at Lambeth Palace learning under the tutelage of Cardinal John Morton, Arch Bishop of Canterbury. He was then recommended by Morton to attend Canterbury College, Oxford, where he learnt about the new Humanistic studies and also where he began mixing with humanist scholars Thomas Linacre and William Grocyn who taught him Greek. Later, More also became friends with famous Dutch philosopher Desiderius Erasmus. Following his time at Oxford he entered the New Inn in London to study law and then entered Lincoln Inn in 1496.

More became a highly successful lawyer, Member of Parliament for London where he was appointed Under-Sheriff for the City and later Lord Chancellor after Cardinal Wolsey was removed from office. More became the first layman to hold the position. He married Jane Colt in 1503 who came from Roydon, Essex. Together they had three children before her death in 1511.

After retiring from public life as Lord Chancellor following Henry’s relationship with the Catholic Church and unwillingness to grant and accept Henry divorce from Catherine of Aragon in 1533. The final event came when he refused to swear an oath required by the Act of Succession and was sent to the Tower of London.

More was later executed on Tower Hill in 1535 for his views. He famously stated before being beheaded: I die the King’s faithful/good servant, but God’s first.

More’s link with Hertfordshire comes through his ancestral home, More Hall, otherwise known as Gibions, Gubbins, Gobions, Gubynnes or Gubbeannes (as the written English word was not in printed state there are several spellings) and the name dates back to the Doomsday Book.

In the 15th century Brookmans Park consisted of two manor houses, Mymm Hall owned by John Brokemann and what is today the site of Brookmans Park golf course and More Hall which was once located in what is now the Gobions Woodland Trust. More Hall was completely destroyed and rebuilt in the 18th century by Sir Jeremy Sambrooke who commissioned the garden to be designed and constructed by Charles Bridgeman. It is said that Sambrooke had antiquarian tastes and retained a small stone alter that was used by Sir Thomas for private devotion.

It is believed that Henry VIII made a visit to the house in 1530. The house and its grounds were claimed by the King after his execution but were returned to them in 1607.

Sambrooke’s house was completely destroyed circca 1838. Brookmans House suffered a similar fate, with only the stables (serving as the clubhouse to the golf course) and a few remnants existing today.

At the perimeter of the grounds lies a folly arch which can be seen in the distance above. The arch is often wrongly attributed to the More family and wrongly thought to have been constructed in the time of the More family. There are several legends surrounding its construction, one that it was built to commemorate a visit by Queen Elizabeth I and that a farthing coin lies underneath each brick. It was however, built in the eighteenth century and served as an entrance to the Sambrooke estate. The view of the arch is from Gobions woods and once existed elm tree lined path that led to the house, these were once noted upon by Beatrix Potter.

Gobions woodland trust today contains many interesting species of trees and plants not native to the UK. This is a result of Sambrooke and the tastes and fashions of the time for importing and growing the exotic. These gardens or pleasure grounds would then be exhibited to friends and wealthy peers, for both enjoyment and as a statement of power. The woodland trust is open today for all to explore and enjoy.

The legacy of Thomas More in Brookmans Park continues today. Incidentally the area has been the home to two Lord Chancellor’s: John Lord Somers in the eighteenth century and Sir Thomas, hence the reason in 1964 for the newly built Chancellors secondary school choosing to be called so. Sir Thomas More was beatified in 1886 by Pope Leo XIII and canonised by Pope Pius XI in 1935 and the nearby Catholic Church in Welham Green is named in his honour.

In his introduction to the translation, Paul Turner notes that the work has been the victim of a critical tug of love, between Catholics and communists claiming exclusivity over it. This has often meant the multifaceted meanings within the work have been overlooked. More’s Utopia invites every generation of readers to make a new interpretation. Karl Kautsky writes that ‘Utopia was the product of the conditions under which More lived…Utopia was no mere scholastic exercise; it was designed to exert an influence on the nation’s destiny.’ (Kautsky, p.98)

Written in Latin, several translations have been produced since the sixteenth century. The title of the work can be translated from the Greek (‘ou’ – not or no, ‘topos’ – place. Alternately, ‘eu’ – good) to mean either ‘Good Place’ or ‘No Place’. The ambiguous meaning of the title reveals a lot about More’s intentions for writing the book, perhaps suggesting that the perfect community that exists in utopia does not and cannot actually exist. Debate surrounds More’s actual intention for writing the text. For instance, many of the ideals that the people of Utopia hold, such as euthanasia and divorce are in direct opposition to his views as a devout Catholic.

The inspiration and work on Utopia began in 1515 when More joined an English mission in the Netherlands. He had been sent by urgent request of the king’s council and the Merchant Adventurers to renegotiate contracts for wool. The work features both More himself and Peter Gillis, a friend of Erasmus who he was introduced to whilst in Antwerp. The pair meet with Raphael Hythlodaeus/Hythloday (which translates as Nonsense), he is a well-travelled man, who describes to them an island called Utopia. It is on this island that More writes describes a completely harmonious social, religious and political landscape. It is a society that has established a commonwealth, driven by communal existence. The book is split in two, the first is a conversation between More and Raphael where the problems afflicting society are discussed. The second book details the island of Utopia and how this land has perfected to overcome the aforementioned ills. Some of Utopia’s features include no private ownership, people are moved from different houses at regular intervals. Everyone must work which reduces the overall workload for all. Gold is widely used, inparticular as a material for bedpans, thus citizens develop an inherant dislike of it. Religious toleration (except of atheism as believing in no god is to mean you accept no higher authority over you own life), the encouragement of learning throughout one’s entire life which takes place during leisure time, and an early example of a welfare state, which provides free healthcare and communal provision of food.

More coined the phrase ‘Utopia’ which now represents an entire literary genre as well giving rise to its opposite: dystopian fiction. Utopia also added and expanded the literary genre of utopian fiction.  As Paul Turner notes in the introduction to the 2003 edition, that in particular, More’s story added the element of topical realism. (Turner p.xxi). Utopia would later influence another Hertfordshire author, Sir Francis Bacon, in his work New Atlantis (1624 & 1627) who you can discover more about here at Literary Hertfordshire.

It is not known for certain whether any of Utopia was completed whilst staying at More Hall, yet it is evident that the tranquil surroundings would have provided an escape from the busy streets of London.

Other Writings by Sir Thomas More

A Dialogue of Comfort against Tribulation, (1534)

and the Brookmans Park Community Newsletter