Ghosts of Datchworth Past 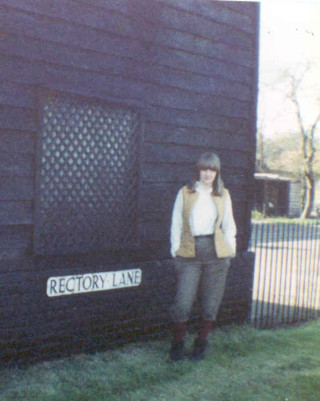 Fiona, Rectory Lane 1982 (this building has since been demolished) 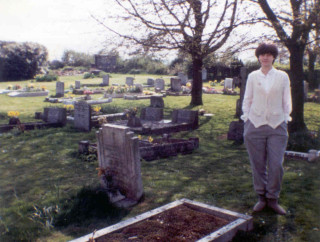 Me, in intrepid ghost hunting gear complete with Avengers 'Purdy' hairstyle (it was very trendy in the early 80s, honest!), Datchworth Churchyard 1982 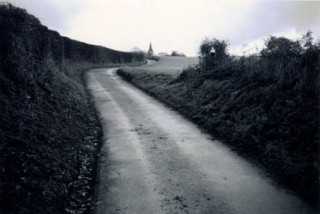 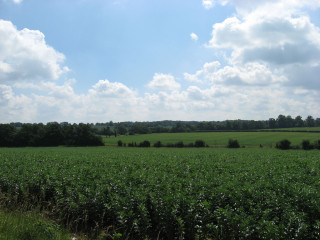 View across the fields from Robbery Bottom 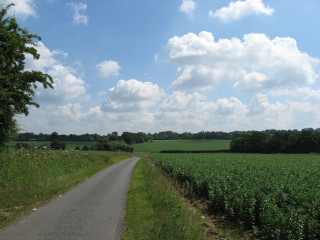 Early evening, the last official day of summer.  A wonderful place to watch the sun go down on the brink of autumn is over the rural countryside of Datchworth from the high viewpoint at Robbery Bottom Lane, just outside the village.  As the last sunshadows slip away, the area is immediately enveloped in an unsettling, velvety silence. Nearby, the ancient trees sigh restlessly in the darkly named Hanging Hill Wood.

Time has stood still in Datchworth. Originally a small agricultural community, it seems impossible that this secluded location nestles between the urbanity of Welwyn Garden City and Stevenage.  But there is something very different about this Hertfordshire village that is compelling to visit and which has drawn me back time again to experience.

I first ‘discovered’ Datchworth in April 1982.  My best friend Fiona and I had declared ourselves local ghost hunters; intrepid teenage explorers on our bicycles. Having read an article in a magazine about the ‘ghost-ridden lanes‘ of Datchworth, we set off to find out for ourselves.

Datchworth boasts it is the most haunted village in Hertfordshire, so as soon as we saw the village sign welcoming us, we excitedly anticipated we’d be dodging grey ladies, challenged by spectral highwaymen and whooshed off our bicycles by headless horses.  Disappointingly, we saw nothing that day, but it did not deter us from returning countless times.  On one occasion we did experience a rushing sound when walking up the eerie, unlit Rectory Lane at night, as if a car was coming up behind us at speed.  I threw my bemused friend into a hedge for safety but nothing passed us and the noise died away.

There is an unquiet, brooding air in the village, as if it is waiting for something to happen.  The curious church with its witch’s hat spire observes all from the top of Rectory Lane which weaves its lonely way through the fields.  In 1998, Carlton Television’s ‘London Tonight’ programme featured haunted Datchworth and the tv crew concluded Rectory Lane to be one of the most unsettling places they had ever visited.

I have a lot to thank Datchworth for, it was the starting point of my lifelong interest and pursuit of ghosts all over the country and to being involved in some very exciting ventures.

But it’s not all spooks and spooky; Datchworth has tea and home-made cakes, a large village green where cricket is played, countryside walks, a small museum, some lovely pubs and occasionally opens its gardens to the public.

Yet never far away in the shadows are the folk from the past who, it seems, can’t keep away either.

(there are far too many ghosts to mention here, a full account of the hauntings can be found in ‘Haunted Hertfordshire, a Ghostly Gazetteer’ by Ruth Stratton and Nicholas Connell)