Was this a Hertford Man? 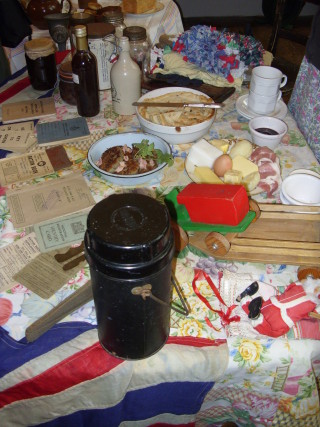 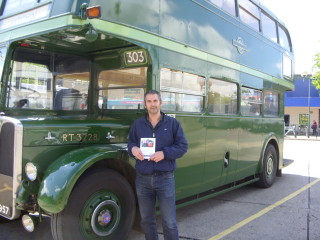 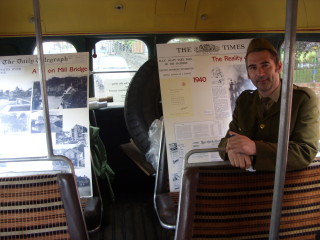 As a new member of the local community I went along to increase my knowledge of the local town and its’ past.  Travelling in an old bus along the country lanes was a delightful change from my normal trip by train and took in views of Watton at Stone and the beautiful surrounding countryside.

The dreadful weather early in the day meant we abandoned our plans to have a stand with my organisation Mind in Mid Herts and meant I could enjoy a ride around the town dressed in an outfit from the Forties and mix with some of the other folk dressed up in the outfits of the day.

The strange feeling as I saw the small size of war time rations and learnt about the Dig For Victory Campaign was that the uniform I had hired for the event had a name and number in the collar and I am curious if I can find out a little of its past.

Who was this man and where was he from?  Did he survive?  Where was he stationed?  My father had served in World War II and had rarely spoken of his role but I recall an old clock on the mantelpiece that he was given after rescuing someone from a burning building.

The vivid images and costumes highlighted a time for me that I never knew first hand and made me think a little more of what it may have been like.  As I rode the bus around Hertford for an illuminating and amusing tour I discovered new parts of the town and got to see St Leonards Church for the first time and heard of the isolation hospital and the dangerous passage that is now Thieves Lane.

History appeals to me increasingly as I get older and I wonder now about this soldier, what was His Story?