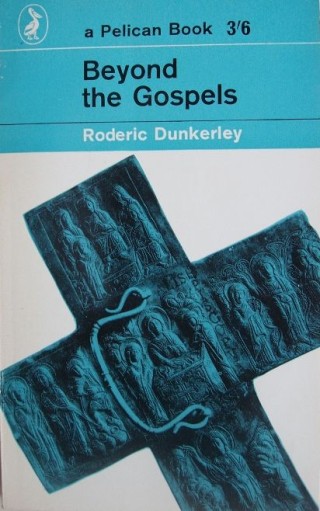 One of Roderic Dunkerley's most successful books

During the tribunal hearing of 23rd March 1916, in which Arthur Waterman, L.H. Caton, Basil Grigg Burton and Arthur Hudson Dixon all appealed for absolute exemption, one of the people appearing for the men was a Rev. R. Dunkerley of Colchester, who drew the tribunal’s attention to the “high sense of duty” felt by the appellants.

This appears to have been Roderic Dunkerley, born in or around 1885 and about 31 at the time of the hearing. Roderic was born in Bedford Park, West London. His parents were William Arthur and Margery Dunkerley, and Roderic had a brother and four sisters. William was a well-known author and poet who wrote under the names John Oxenham and Julian Ross, as well as his own name. Roderic’s eldest sister was the children’s novelist Elsie J. Oxenham.

By the 1911 census, Roderic was lodging in Colchester and is described as a Congregational Minister, having been brought up in the Congregational church – his father had been a deacon of their local church. It’s not clear what connection he had with four conscientious objectors from the East Hertfordshire, apart from clearly sympathising with their views. He has no military record during the war, suggesting that he didn’t serve in any capacity.

Roderic was also an author, publishing a dozen books between 1915 and 1958, mostly on religious subjects. He married Daphne W. Gammer in 1920, and they had at least one son, Gregor Hamilton Dunkerley. He may be the Roderic Dunkerley recorded as living in Birmingham in 1936, and he eventually moved to Worthing, Sussex, where his parents had finally settled, and he died there in 1966, aged 81.