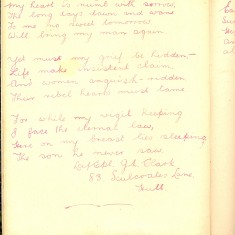 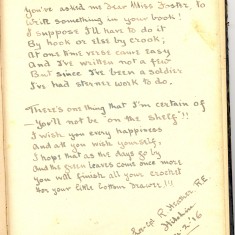 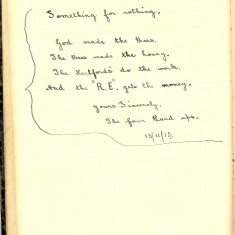 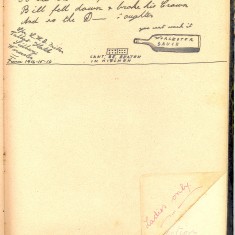 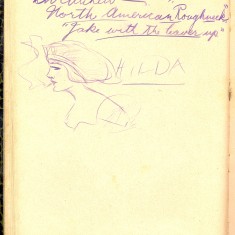 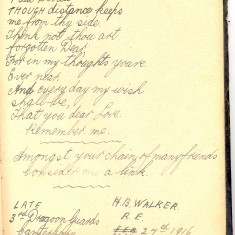 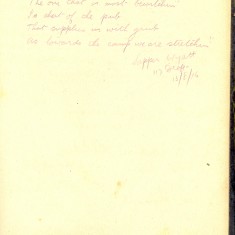 A fascinating autograph book was donated to us at Hitchin Library in 2003 which was compiled by a Hitchin resident, Hilda Foster. Hilda Foster was the daughter of the landlord and lady, (Arthur and Emily Foster), of The Cricketers PH on Bedford Road, Hitchin.The book contains amusing sayings, ditties and drawings, all added by soldiers of the Royal Engineers who were stationed in Hitchin during the First World War. Some are witty and many poignant, penned by men shortly off to the front.