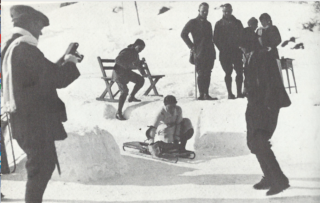 Vera Barclay at the Junction start, above the village, St Moritz 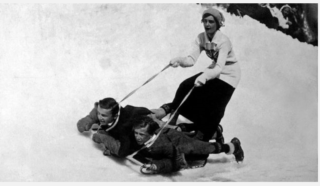 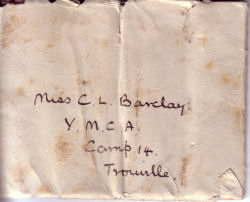 Envelope from Edward Packe to Claudia Barclay in France 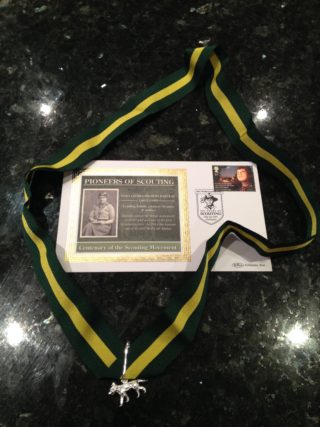 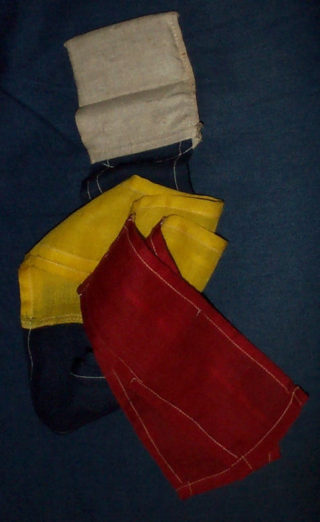 The Barclay family of East Hertford

Claudia’s fiancé dropped a note to Claudia’s YMCA camp at Trouville when flying an early morning patrol in February 1918 – he records the event in his diary (available online) and the family still have the note and the streamer it was dropped with (also online – http://gwydir.demon.co.uk/diaries/index.htm.