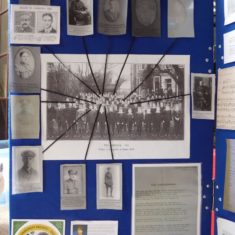 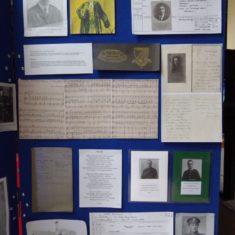 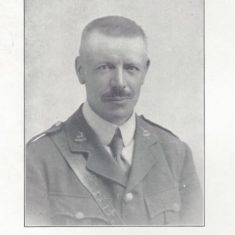 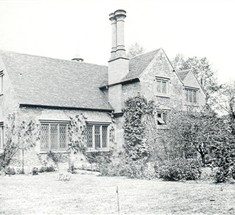 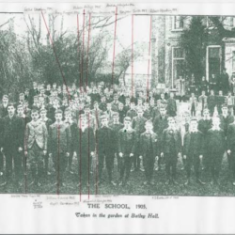 Eddie Roche and Eric Riddle, custodians of the Richard Hale school archives were kind enough to introduce us to the registers of former pupils at Hertford Grammar school from 1905  up until to WW1;  during this period, pupils attended from all over East Hertfordshire.   Major Kinman, the Headmaster, marked the school registers to show the fates of the pupils who lost their lives.  The archives also contain research carried out by the family of ex-pupil Percy Huggins and this research was displayed at our event.   A summary from the Richard Hale Association’s First World War Book of Remembrance is as follows:

Leslie Robertson’s nephew enjoyed seeing the play “Seeing It Through” in Hertford and came to the community event in Buntingford on Sat 22nd October 2016.

Our Thundridge community event (see Thundridge post), in particular had a strong focus on the role of Scouts during WW1 and we’re interested to learn more about those with a known Scouting link on the Hertford Grammer School memorial eg. Philip ‘Buff’ Robinson (Ware Boys Brigade and Scout), Bertram Lawrence (Ware Scout and St Margaret’s Scoutmaster), Robert Dellow (Buntingford Scout)  (see Buntingford post), William May (Ware Boys Brigade and Leader), Frank Page (his brother was a Hertford Scoutmaster).    Please add any additional information you might have below in comments or via our Facebook page,   www.facebook.com/groups/ww1eastsherts .  Thank you!

For those interested, Sarah Reay’s biography of her grandfather, Herbert Cowl is called “The Half Shilling Curate”  and it details his time as an army chaplain from Christmas Eve, 1914 until the end of hostilities in 1919.   Reverend Cowl used to be the Head Boy of Hertford Grammer School in 1903 and would have known many of the pupils mentioned above.