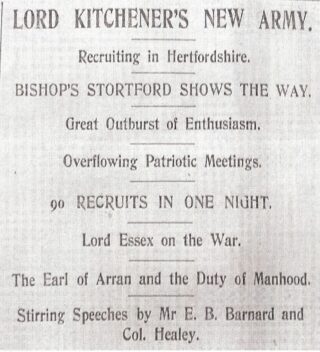 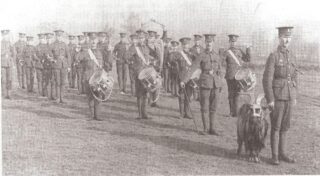 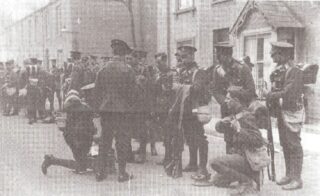 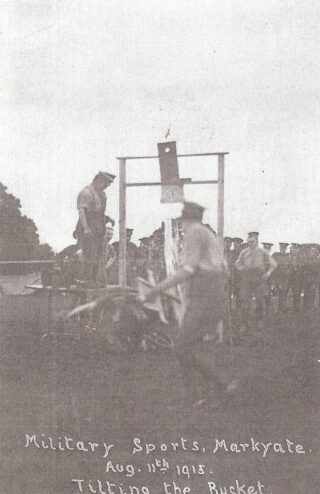 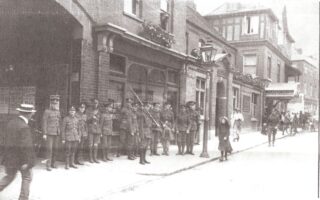 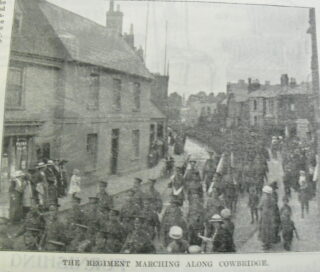 Hertfordshire towns were on the way to the south coast for many troops so the towns were often full of soldiers.

One Baldock school girl remembered having over 400 soldiers billeted at her house during the course of the war.  She said they had 10 or 12 at a time, and that they’d say ‘he’s my pal’ or ‘he’s my brother’, and they would sleep on the floor rather than be parted.

The Mercury editor wrote about “The German Menace” and went on to say that Hertford in the first week of August 1914 gave the appearance of an armed camp.  The town had a number of military establishments including a barracks situated at the bottom of London Road. At the headquarters of the 4th Battalion, Hertford Territorials and Yeomanry there was a constant influx of companies.  Every one of the 134 yeomanry reported for duty and recruits “poured in.”  Several old yeomen re-joined.  The men were billeted on various local public houses. The streets were filled with civilians and military. With no less than 980 men mobilized the town had an animated and martial appearance.

On Monday, 16th November 15,000 men passed through the town. On that evening 5,000 men of the Staffordshire Regiment were billeted in the town and left the next morning. Unfortunately at least one school had to be cleaned because of the poor state in which the troops left it.

Bishop’s Stortford was swamped with over 3,000 troops and horses.  Judging by a letter sent home by one young soldier, the troops staying there did not think much of the town.  Frederick Wade described it as a ‘miserable little one-horse place with only one picture-palace and with inhabitants with very provincial ideas, who hardly know what is taking place outside their own circle.’