Lives of soldiers and conscientious objectors 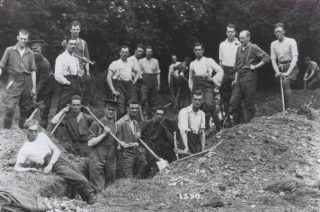 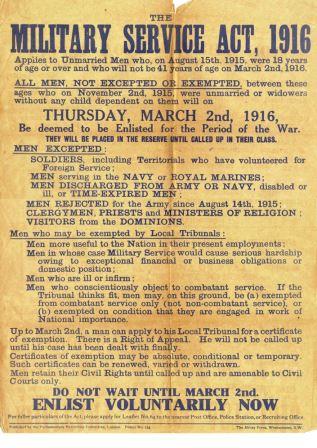 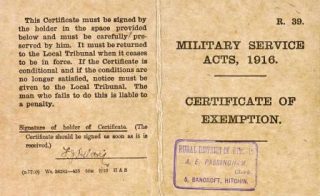 The recruitment drives, particularly thanks to the ‘Pals Battalions’ where friends, relatives and colleagues joined up together, were very successful.  Waves of patriotic fever swept the country, carrying with them many young men, who set off cheerfully to serve their King & Country in what was thought to be a conflict which would be over in a couple of months.

However, it wasn’t long before the realities of war set in and began to take their toll. Many lives were lost in the shells and machine gun fire of the Western Front.  Reinforcements were required and unsurprisingly volunteers were not so forthcoming, so in January 1916, the Military Service Act introduced conscription for single men aged 18-41, although it wasn’t long before this was extended to include married men.

For some, none of the country’s methods of “persuasion” could induce them to join up.  These were the conscientious objectors and they required a different kind of courage to those who were facing the guns.  Those who stood firm against the killing of other men under any circumstance could find themselves on trial.