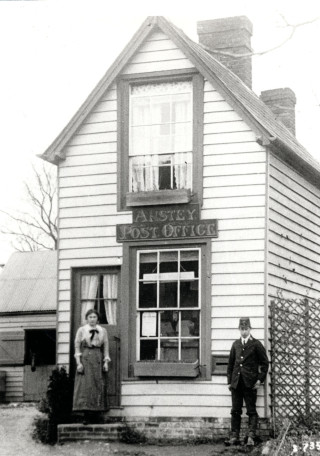 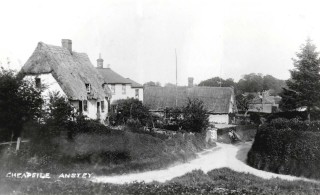 A view of Cheapside
Hertfordshire Archives and Local Studies 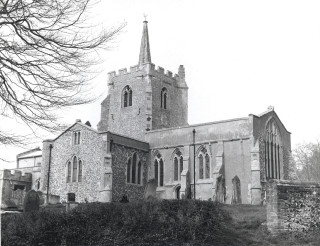 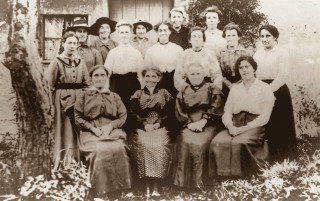 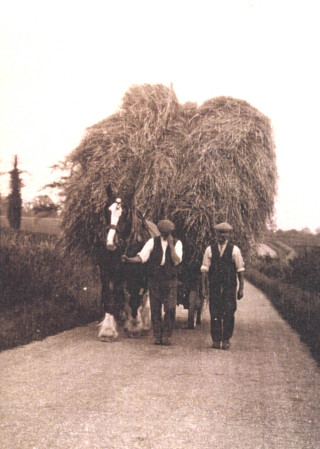 Anstey is a small village in north east Hertfordshire close to the borders of Cambridgeshire and Essex.  In the late 1960s the village was at risk when nearby Nuthampstead was considered as a site for the third London airport.

Medieval graffiti is visible on the walls of St. George’s church. The church dates from Norman times as does the font which has unusual carvings of four mermen. The lych-gate is 15th century but was altered in 1830 when one side was walled up to form the parish cage. It was used as a lock-up until approximately 1920. In 2000 a stained glass window was installed, dedicated to the 398th Bomb Group.

‘Anstey’ may be derived from the Anglo-Saxon for narrow path and is mentioned in the Domesday Book as Anestige. The road known as Cheapside got its name from the booths that lined the road at the time of the annual St. Swithun’s Fair.

The Post Office pictured in the early 1900s. There are no shops at all in Anstey now and only one public house remains.

Folklore tells of the fate of local fiddler, blind George, who decided to explore the legendary underground passage which was believed to run from Cave Gate to the remains of the old castle. George set off playing his fiddle and onlookers followed the music above ground. Then the music stopped and screams were heard. George was never seen again but his dog emerged with singed fur and ran off into the night.