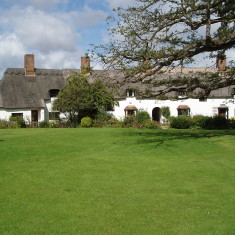 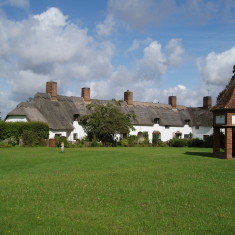 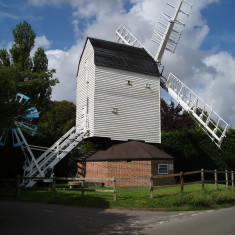 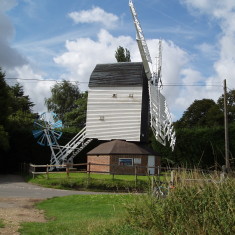 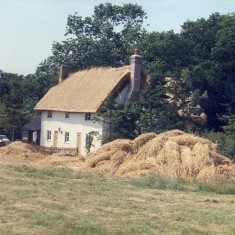 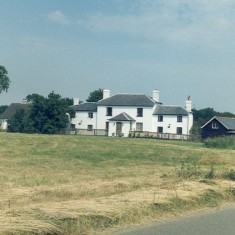 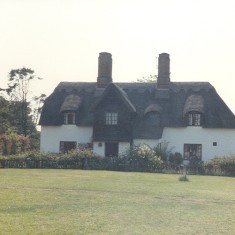 These views of the picturesque village green and surrounding cottages represent the most familiar and most photographed view of Ardeley. The cottages, which seem to have a timeless quality, are actually quite recent. Most of them were re – built in 1917 by the Lord of the Manor to a design by F.C. Eden. The thatched village hall was built eleven years later in a similar style.

The land though was settled much earlier: there has been a Manor on the site since about 900AD. The Church of St Paul in London held the Manor by 1086 if not earlier. It is possible that Athlestan granted some of the cottages to them as early as 930, but the document concerning this has since been shown to be a forgery.

The Manor House and lands were let as early as 1141 to Osbert of Ardeley. By 1222 they were held by Theobald, Archdeacon of Essex, one of the Canons of St Pauls. Perhaps the most well known of the occupiers was the historian, Henry Chauncy whose family held the Manor and demesne lands for over two hundred years.

The Parish consists of several small villages and hamlets and includes Cromer, which is best known for its windmill. Although the Mill was still working in 1902 it ceased to operate shortly after and fell into disrepair. In 1966 there was a campaign to restore it to its original condition. The work was carried out by the Hertfordshire Building Preservation Trust and completed in 1967 with the exception of the sails and fantail, which were added in 1968. The photographs show it as it is today, when I last cycled there. (2009).

Moor Green, also shown here, is situated on the highest part of the Parish and has only a few, fairly scattered, houses. Also situated on this high ground are some of the larger farms many of which were occupied by yeoman freeholders who dealt in malt making. Prominent among these were the Halfhide family of Gardners End and the Shotbolt family of Cowherds. The revenues from malt making, paid to the Dean and Chapter of St Paul’s, were said to have provided sufficient funds to build the village church, which dates to the time of the Domesday Book in 1086.

Nearby are the possible remains of a park  – not open to the public –, which dates from 1222 to about 1800. Anne Rowe in her recent book: The Medieval Parks of Hertfordshire, describes this in some detail.