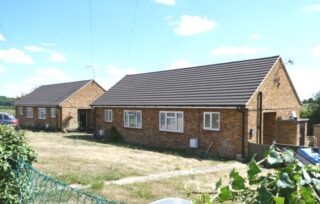 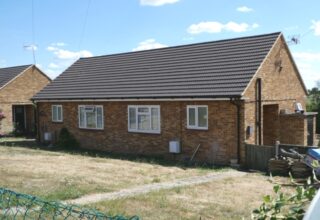 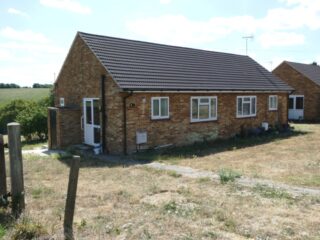 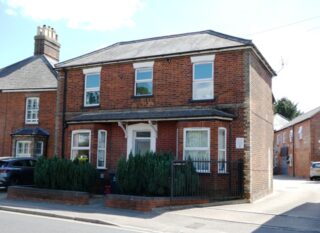 Some of us keep in touch with school friends. John Inns had a different idea. The provision was four almshouses in Aston for old school friends in their retirement. However, it appears they weren’t actually funded by John but by his brother Jeremiah, so how much input John had is not known. Please refer to the article about Jeremiah Inns.

John was Jeremiah’s elder brother, who himself left funds for almshouses in Stevenage. Born in 1877 (2 years before Jerry), John died in 1944, before Jerry, probably unmarried, leaving Jerry to administer his estate of £436,000. In the 1901 census he was recorded as a grain contractor, with his father who died in 1910. By 1911 he was recorded as a farmer. There are records of the Inns family having farms in Stevenage and Ashwell, as well as a couple of public houses. It is likely he lived at 33 Julians Road, Stevenage, for the whole of his life. He had a sister two years older than he. She seems to have married after 1917 and died in 1931.

The John Inns charity provides for 4 almshouses in Aston with maintenance for residents. They are located at 53 – 59 Benington Lane, the last properties as you leave the village. There are no dedication plaques. They are the only likely buildings in Aston, and look like anonymous semi-detached bungalows rather than traditional almshouses. Residents lived there rent free, with an allowance for groceries and £1 per month for coal.

Of interest is the will date. The Charity Commission information dates it as proved on 29th October 1945, while Jeremiah Inns is dated 2nd October 1945 – before John although he died later.

The almshouses are affiliated to the Almshouse Association and registered with the Charity Commission ref 213087.