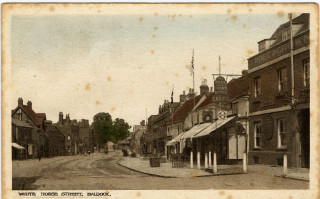 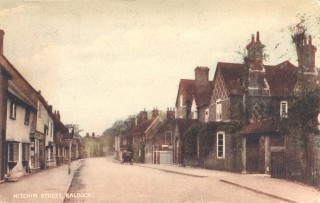 The small market town of Baldock was founded by the Knights Templar in 1140. The town is said to be called after Baldac, the Medieval name for Baghdad. The Templars had hoped to conquer Baghdad during the Crusades.

The brewing industry created much of the wealth that enabled the many Georgian buildings of the town to be built. Its malts were considered to be amongst England’s finest and were exported to London in considerable quantities. Numerous breweries also sprang up in the town to serve not only the local population, but also the growing volume of traffic on the Great North Road. Baldock was a major stopping place between London and the north of England and many of the old coaching Inns still survive today.  Up to the 1880’s the Old White Horse on Whitehorse Street was a meeting place for Victorian artistic and literary people such as the painter Millais and the cartoonist Leech.

Baldock was the home of the Full-Fashioned Hosiery Company  who later became the Kayser Bondor ladies stocking factory. The factory temporarily produced parachutes during World War II. Its Art Deco facade still stands and was converted to a Tesco supermarket in the late 1980s.

The Rose and Crown public house can be seen in the foreground of the postcard of White Horse Street which was a noted stopping place for the Baldock Cycling Touring Club.