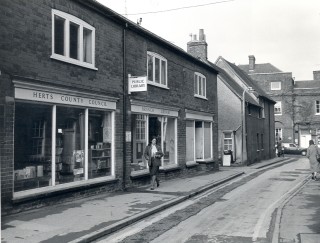 Baldock Library in Bell Row in the early 1980's 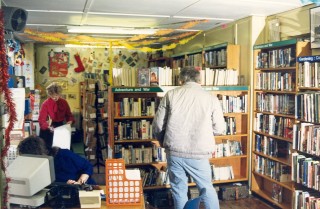 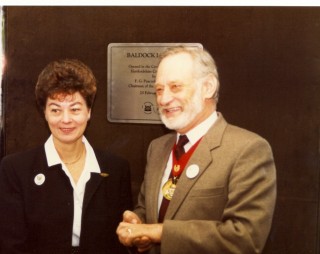 Glynis and Hazel lead a Story Time in 1994 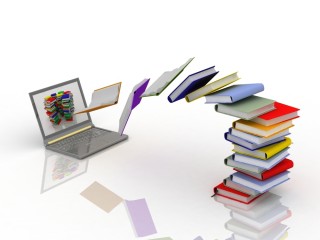 On 2nd February 1989 Baldock library opened its doors at the brand new building in Simpson Drive. It was officially opened by Councillor Fred Peacock unveiling a plaque. The Librarian Sandra Penwright, Children’s Librarian Carol Price and all the staff were rushed off their feet helping everyone get acquainted with the new spacious layout. After the cramped conditions at Bell Row where the library had previously resided it made life for both library staff and readers much more congenial.

The first reference to anything resembling a library comes in 1881 when Baldock’s Reading and Coffee Rooms opened in Whitehorse Street. There were four specific rooms, one for coffee and refreshments, one for games like draughts and dominoes, a bagatelle room and a general Reading Room, where more high brow games could be enjoyed along with the newspapers. Unfortunately the rooms were closed by the start of 1899 apparently due to the young lads of the town, failing to observe the rules of “order and quiet”.

Another forerunner to a library was the “book nook” run by a Mr Lionel Jones in Hitchin Street. It was also called the Tramps Library due to the fact he supplied the “gentlemen of the road” with books. This was in the 1920’s when there were a lot of men tramping around the country looking for work in the wake of the ending of World War One. He also provided them with boots and clothes donated by local people.

Also at this time there is now a library facility in Baldock with books being supplied by Herts County Council. Albeit staffed by volunteers and according to one quote in the “Baldock Voices” book” it did move about a bit before coming to rest in Bell Row”. One site was in the the Town Hall and another in  the Goldcrest Hotel. The books were changed once a year and the volunteers were in the charge of a Mr Stevenson who apparently had a strict rule of silence at all times for library users.

Once the library came to rest in Bell Row it began to resemble the library we know today, and although cramped it managed to be well stocked with a variety of both fiction and non-fiction to suit all tastes.

However over the years there were a few problems with ventilation. According to a letter written to the County Librarian in 1959 by the Chairman of Baldock Local Library Committee, Mr Searson the problem was aggravated by the proximity of of as many as 18 fish boxes ” piled up exactly opposite the door of the library”. The “stench being quite frequently overpowering”.

He claims the library assistants suffer often with “headaches and a general feeling of debility and listlessness”. He goes on to suggest that a small desk fan might be supplied from the Contingency Fund of the Herts CC costing something like £5, maybe even coming from the petty cash ! It appears the matter of the unpleasant stench was resolved after the involvement of the Public Health Inspector, who wrote two consecutive letters to the fishmonger stressing the importance of strict hygiene practices ! However there is no mention of whether the fan for better ventilation was ever supplied.

Today the Library on Simpson Drive still provides a good range of reading material for adults and children.You can also borrow talking books and DVDs. In addition library members have access to a range of electronic libraries on the Hertfordshire County Council website www.hertsdirect.org/libraries. Here you can read magazines online, download books free of charge to read or listen to, and access a fantastic Online Reference library, where you will find electronic encyclopaedias and  subject dictionaries and some massive newspaper archives. The library is free to join on proof of ID. They also have public computers and the building is wi-fi enabled.