Farms in the middle of Baldock 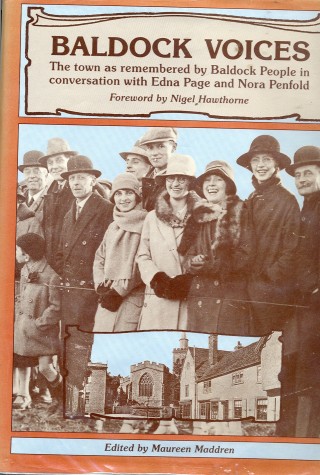 [Before the First World War] there was a farm in Church Street (Waterloo Farm) – some people called Logsdon had it and every day the cows from the farm used to come up the twitchell up into Jackson Street, cross Jackson Street and up into Football Close. Then up into what we called the Turnpike and graze on the field up there – in between the Turnpike and the Royston Road – they greazed all day and came back at night.

Butchers used to kill in the town – Coopers had a slaughter yard in what we used to call Brewery Yard. I believe it’s called Brewery Lane now. Deans used to kill in the bottom of our road (Orchard Road) at a place at the back. Worbeys had a slaughterhouse up Pesthouse Lane near where the garage is, in a shed in a field. Five butchers we had and four or five bakers, and Mr Izzard used to do a bit of cooking in Pembroke Road. It was a nice little community.

Mr Cooper had the place in Brewery Yard. We’d sometimes help drive the cows in and we used to let one go now and again just for the fun of it and that used to run all around and we’d chase it, but the butchers didn;t like them running around if they were about to slaughter them ‘cos is made them tough.

The farms in the town were New Farm (where Brandles Close now is) and Waterloo Farm in Church Street. If we had to go to there and get a hap’orth of milk before we went to school we knew we were going to have milk pudding for dinner. The Longsdons were church people. They kept cows there at the back and they would be taken to neighbouring fields during the day and brought back to be milked in the afternoon and, of course, wherever they went, there was a mess. You can see from the old photographs where the horses had been along the roads.

My father used to graze our horses in front of the old mansion stood in the Park, which is  now the site of Tesco’s. When I was about 5 years old in 1916 the elm trees came down during a gale smashing out front windows and fence in Pinnocks Lane and I had glass in my hair. The meadow opposite, where the trees came down, was used for the horses which were let out from Heath Hall Farm.