World War One Soldiers from Baldock 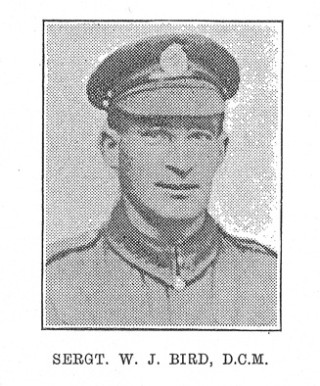 William and Walter Bird were two of the sons of Charles and Sarah Bird.  Charles Bird was a shepherd – he lived where he could find work, so his children were born in villages across north Hertfordshire and south Cambridgeshire.

Walter was born in Bassingbourn in 1879

William was born in Melbourn in 1885

Charles and Sarah settled at Common View, Letchworth before the war.

Both brothers joined the army.  Walter’s service and pension records did not survive, but William’s can be viewed.

Walter married Nora Clara from Baldock, and they lived at 17 Clarkes Lane in the town. Walter’s name is the first name listed on the Baldock War Memorial.  He joined the 6th Battalion, Bedfordshire Regiment, and became a corporal.  He died during the Battle of the Somme, on 17 July 1916, and was buried at Heilly Station Cemetery, in Mericourt-L’Abbe, France.

William joined the Royal Engineers on 14 December 1914 as a driver. He rose quickly through the ranks, and was posted to the Signals Corps, where he was trained as a telegraphist and signal linesman.  He married Emily Maria Spicer at St Mary’s Church, Baldock on 28 June 1917, and they made their home at 4 Sun Street, Baldock.  In November 1917 he was awarded the Distinguished Conduct Medal for gallantry in the field.  The London Gazette notice on 6 February 1918 recorded that he had won his award for conspicuous gallantry and devotion to duty.  He left the army in April 1919.