Residents listed on the 1901 census for the town of Baldock 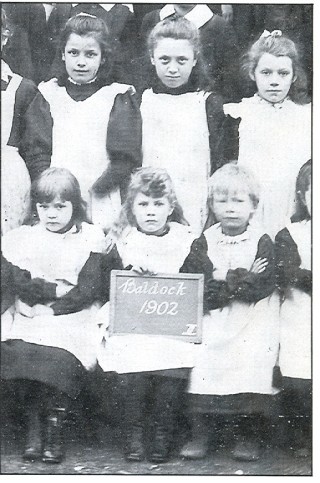 Local school children in 1902
Photograph taken from Baldock Voices : The town as remembered by Baldock People in conversation with Edna Page and Nora Penfold. Published by Egon Press 1991 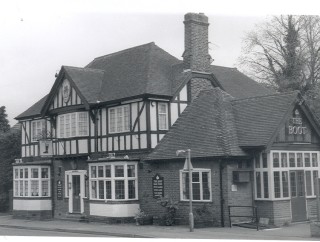 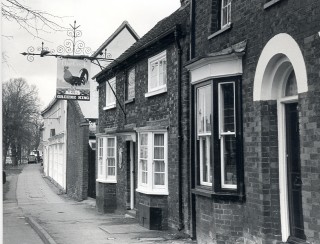 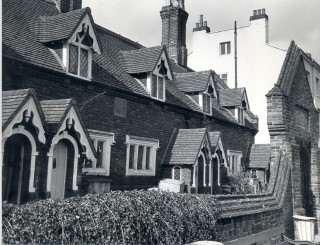 No 83 The High Street. We are unable to say who was living here on census night as the houses had no numbers then 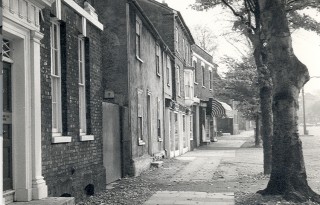 Baldock in 1901 was very different from the Baldock we know today. Buildings are knocked down or change their reasons for being there. People have occupations with names that are no longer familiar to us. In those days there were more extended families or families taking in lodgers to make ends meet. Many people worked on the land or as maids in domestic service..

Baldock was still one of the first coaching stops out of London however and still had many different public houses that offered accommodation and refreshment to weary travellers.The “Christian” names of many of those living at each address are no longer in fashion and some houses were certainly very crowded, but there were other residents who made a comfortable living, e.g the Merchant living at Elmwood Manor, the Bank manager, the Doctor, the Solicitor and other professional people.

It is interesting to see how many people were born in Hertfordshire and how many came here because they needed to work,or through their marriages. Through printed research and television documentaries we are getting a better understanding of how people might have lived all those years ago, but many questions still remain unanswered as to how people coped in an age without all the technology and basic services that we take for granted today.

Using census records from the Find My Past Website it is possible to create a snap shot of the lives of people living on one particular road in Baldock in 1901. Every 10 years the census man on one scheduled day visited to record who lived at each particular address, their ages, occupations and where they were born. This was done right across the country. We can see census records in their entirity from 1841 to 1911 on the Find My Past and Ancestry subscription websites, available free of charge for library members to view at Baldock library. With the census taken after 1911, we cannot see who was living at each particular address, because this information is protected.  Full details from the 1921 census should be released in 2021.

Here are a few of the people I found in residence on the High Street when the census man called on 31st March 1901.

Elmwood Manor is situated at the top of the High Street where Tesco’s is now, before that it was the Kayser Bonder film studio. 59 ear old Asplan Beldam a Consulting Engineer and merchant from Huntingdonshire is head of the house and he is married to Elizabeth. His 31 year old son Cyril is also an Engineering merchant and he has two sisters, Laura (20) and Elizabeth (18) both born in Acton.They have at least 5 servants, Margaret a sewing maid, Sarah a cook, Isabella a parlour maid, Elizabeth a housemaid and Lydia a kitchen maid. Only two of these servants were born locally, so the family may have recruited with an agency to acquire the others, or brought them with them when they first moved to Baldock. They also have a visitor staying with them on census night Arthur Lodge an Agent (Estate) born in Liverpool who has probably come to discuss a business proposition.

The Manor House also has some domestic servants, including a cook. Thomas Howson the owner a widower and brick maker and merchant  from Huntingdon lives there with his two female forty year old cousins whose surname appears to be Waursbrocht unless the census man spelt it incorrectly. The Manor House was destroyed by fire in 1915. (information taken from Baldock Voices published in 1991.This book also carries interviews with some of the servants living in different houses on the High Street)

Edith Hurd a widow aged 53 from Notting Hill is owner of “The Grange”. She is “living of her own means” but that probably means that her husband left her well provided for as she does not live alone. She employs Joseph and Anne Jones, a butler and cook who are married. This is quite unusual as married servants were rarely allowed to live in the same house. Their daughter is also in residence, and Edith has three other female servants to help keep the “Grange” clean and tidy.

Living in the “Malting” we find Mary Burnaby aged 71 a Housekeeper from Keysoe, Beds. She has a visitor on Census night 24 Year old Ada Jackson who was also born in Baldock

Benjamin Christian is the Bank Manager living at the Bank  and also has two servants. He lives with his wife and four sons -Douglas, Carl, Eric and Alan who are all still at school.

There is also reference to a building called the “Gothic House”on High Street occupied by John Dear, aged 71, a “Brewers Manager” and his wife Mary. They also have their 37 year old daughter Agnes living with them who is single. She may remain single as many older daughters in families were expected to be carers for their parents in later life.

The “Brewery House” has 15 residents. Evelyn Simpson aged 40 is the Brewer and “head of house”. He lives with his wife Fanny and 3 children. His sister in law is also a resident. He must be quite wealthy as he employs a governess, cook, ladies maid (to attend his wife), plus a butler and several other female servants. There are other people working in the brewing industry living nearby including, brewers draymen, maltmen, and brewers bottlers.

A milliners, a china shop, a “barkers” (tobacconist and hairdressers),a bakery, a saddlers, two butchers a barbers and a watch makers can also be found on the High Street. There is a caretaker and tailor living at one of the “Public Buildings”. A coachman and “stock man for the estate” live in “Rooms over the Stables.”

John Paul, a drayman, is head of house at the Boot Inn but there is also a 20 year old plumber boarding there. Fredrick Cole is landlord of the Cock Inn, and receives an army pension. He has has three boarders renting rooms – two timber carters and a domestic gardener. Walter Willis a tailor and Inn Keeper presides over the Three Horseshoes. He was born in Norton. He lives with his wife and three sons Ernest (9), Cyril (7) and Hugh (1). Henry Read is landlord of the White Lion. These are the only pubs I could find listed on the High Street.

The Alms Houses are occupied by two widows in their eighties, Susannah Arnold from Baldock, and Ann Crouch from Morden, Cambridgeshire who lives with her 36 year old daughter Elizabeth. The eldest widow on the High Street is Susannah Raban from Old Warden, she was born in 1817. It would be interesting to hear the life stories of these three ladies and their families born into such a very different age..

There is one “Medical Practitioner” resident on the High Street, but we can’t say exactly where he lives as the census refers to schedules rather than individual house numbers (probably because house numbers had not yet been introduced to Baldock – they were still a new idea). Dr Francis Day, a medical practitioner aged 39, from Feltwell lives with his wife and two young sons with their servants Elizabeth and Letitia, but he also has someone classified as a “lunatic” – John Mildmay – living with him too and and someone else classified as an ”attendant”

Here are some of the other residents..not working as farm labourers or in domestic service who caught my eye.

George Foot 55 is a Brewer’s drayman, his son Arthur (20) is a saddler and collar maker.

Augusta Biggs (43) is a widow from Godmanchester. She lives on private means, but rents out rooms in her house wherever it may be. Fred Biggs (15) is a book keeper in a oil and coal store. There are two children at the same address, plus boarder Samuel Rennix and a 21 year-old elementary school master from Ireland.

Michael Ryan (30) living in a different house is also from Ireland, but he is probably not so popular as he is an Inland Revenue Officer. Also short on popularity is Arthur Sale a Farm Bailiff who is 24 and comes from Wallington.

Ezra Bliss a “rural postman” is 31 and was born in Leighton Buzzard.His wife was born in Eaton Bray so she is not local either How did so may people come to live in Baldock when they were born so far away and what brought them to Hertfordshire?

Robert Blaxill (48) is a wheelwright and was born in Weston.

Caroline Hyde is still appears to be  working in domestic service even at the age of 76 it seems.The old age pension had not yet been inroduced so poorer people often had to work until they dropped. She was born in Ashwell.

One person who is retired (a very rare event in those days) is 37 year old Joseph Hemmings a retired pork butcher. Did he have an accident? He lives with his wife Margaret from Scotland, and children Jessie, Annie and Alexander.

Also at home that night:

Robert Jackson 65 a Builder and Undertaker

Fredrick Cannon 29 a chemist from Aylesbury.

There are three properties with people whose surname is Webster living there,two next door to each other, possibly grandparents in one house, son with wife and 5 children next door. Eliza Bowskill further down the High Street has 6 young children to look after as well as her husband. I suspect she was kept very busy from dawn to dusk with all the washing, mending, cooking and cleaning .

Finally and most soberingly on the High Street, probably always wondering where the next penny was coming from we find Jane Scoot  a 40 year old widow living on Parish relief with her 4 children, Charles (11), James (8), Herbert (5) and John (3). One can only guess at how hard life must have been for her.

To find out who was still around 10 years later,or to investigate the residents from earlier times log on to the Ancestry and Find My Past websites.