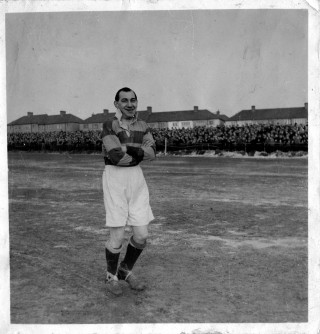 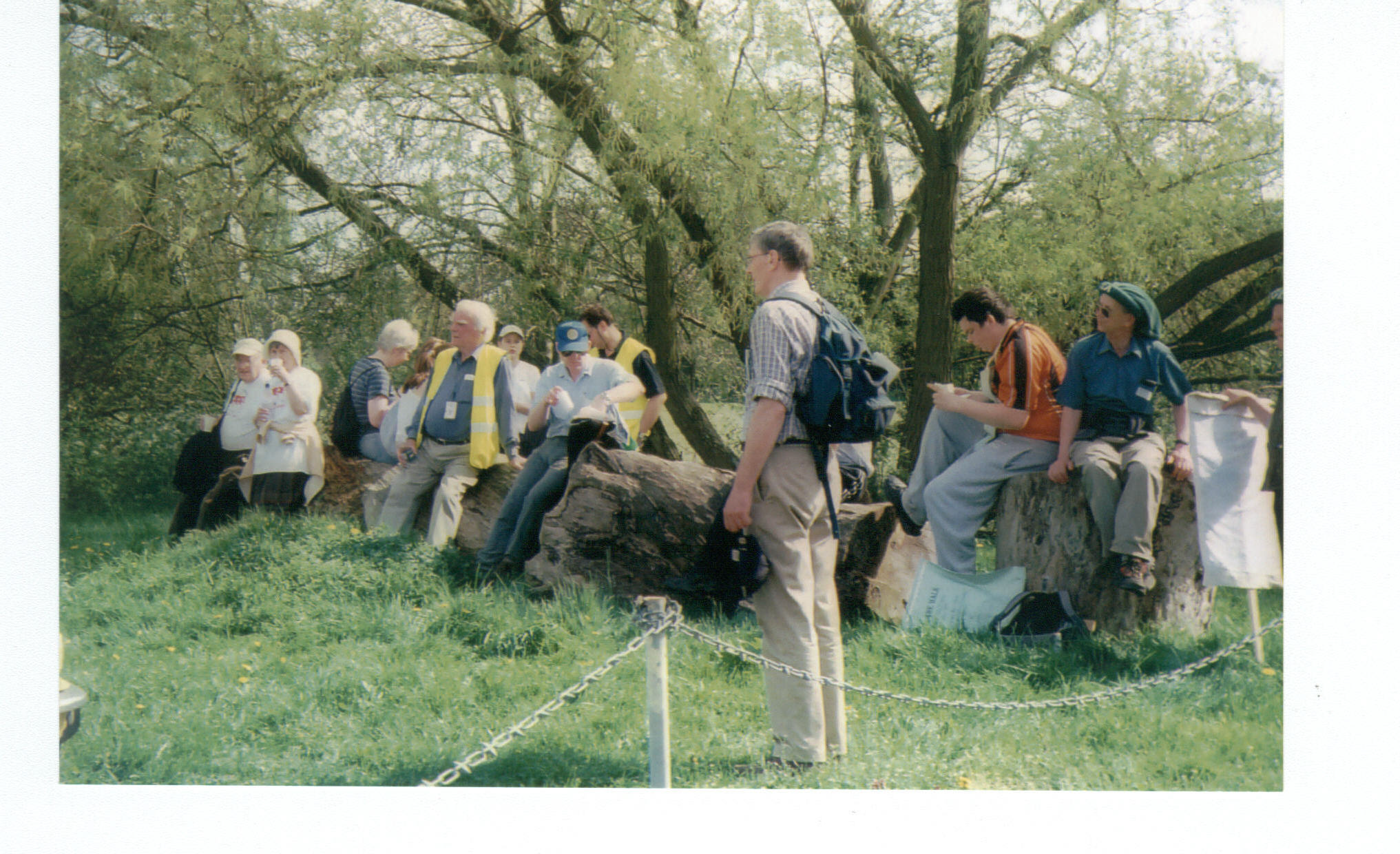 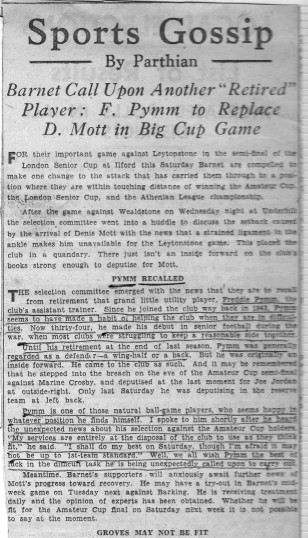 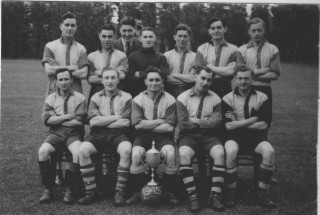 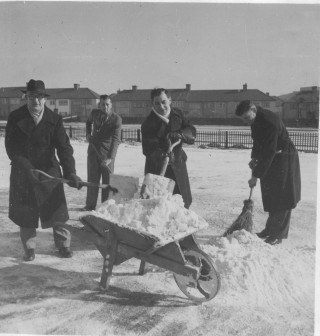 Freddie Pymm, my father, was working at Standard Telephones & Cables in 1940 and played for their football team. He went on to join the Barnet Football club and played for them for several years and later acted as a trainer. When a player was injured during a match he would run on with a bucket and sponge which seemed to be his main treatment for all sorts of knocks and injuries. As children, my sister and I, were subjected to similar treatment for minor injuries such as twisted ankles.

He played in the semi-final in the year they won the Football Cup but did not play in the final. He was one of the team who were on board the bus that subsequently toured the area and received a medal and a miniature cup.

My childhood was interspersed with references to his fellow players. Lester Finch was one of the more memorable names but others such as Hawkins and still remind me of my father’s exciting hobby.

I recall seeing him play in a game against a show business team which included Bernard Breslaw and others whose names I did not know. He was exhausted afterwards and realised that running on with his bucket was as much as he could realistically do. He continued to support the club but was very sorry to see them become a professional team with players that were not local people. He felt something had gone out of our local club.