Do you take sugar?

William Cowper and the abolition of the slave trade 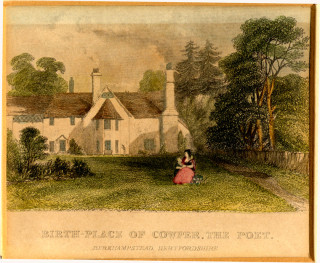 The poet William Cowper (1731-1800), probably best known for some of his hymns, was born in Berkhamsted. He was a friend of the ex-slave trader John Newton, who wrote the hymn ‘Amazing Grace’.

Cowper wrote several anti-slavery poems. The Society for the Abolition of the Slave Trade used every method it could think of – many of them new and untried – to get public backing for their cause. Cowper’s poem, ‘Pity for Poor Africans’ (1788) was distributed around the country, with the advice that it would make a suitable topic of conversation for the tea table. The purpose of the poem was to encourage households to stop using sugar, one of the major products of slave labour. Since women were in charge of the household budget, it made sense to target their tea parties – and their conversation. The words of the poem were particularly written to appeal to an audience that was used to the luxuries of life:

I own I am shock’d at the purchase of slaves,
And fear those who buy them and sell them are knaves;
What I hear of their hardships, their tortures, and groans,
Is almost enough to draw pity from stones.
I pity them greatly, but I must be mum,
For how could we do without sugar and rum?

We know that many people joined in the boycott, in Hertfordshire, the Quaker community in Hitchin were strong supporters of the initiative. Phoebe Glaiser from Hitchin wrote: ‘I recollect the peculiar flavour given to gooseberry or apple puddings when sweetened with honey, there being no sugar on the table. They were not nearly so nice.’

You can read the full poem here.