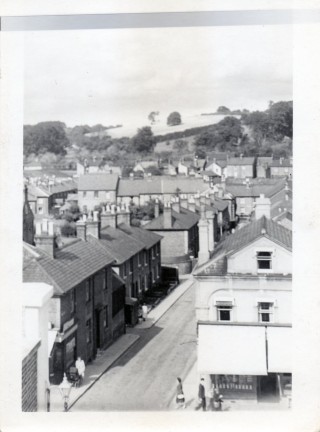 This is a photograph taken in the late 1940s from the metal steps at the side of the projection room of the Rex Cinema, Berkhamsted looking towards what I think is Manor Street.

At this time my father Frederick Halsey was a projectionist at the cinema and we lived in the first flat attached to the cinema.