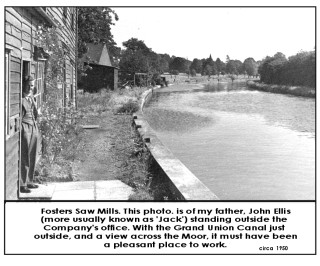 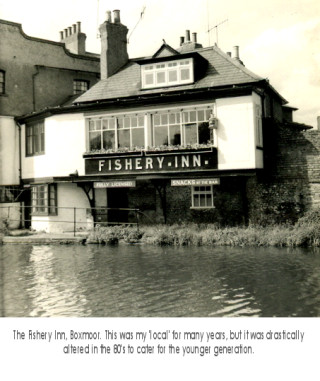 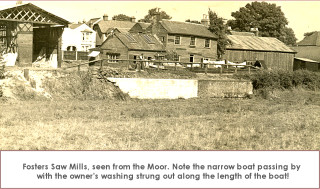 The top photo is of my father John Ellis (more usually known as ‘Jack’) outside his office at Fosters Saw Mills. This photo was probably taken in the late 1950’s or early ’60’s. The photo below shows the Fishery Inn c. 1960. It was quite close to the saw mills, being just a couple of hundred yards north along the canal. This was my preferred ‘local’ from the mid 1950’s until the 1970’s. It was radically altered in the 80’s and, from my point of view, lost its character.
The third photo shows Fosters Saw Mills from the Moor. Note the narrow boat passing by with the washing strung out along the length of the boat. I believe this photo was taken in the late 40’s or early 50’s.