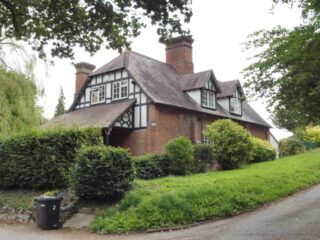 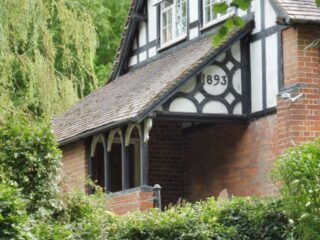 There is some doubt as to whether or not this was actually an almshouse. Wittering cites that it was, adding it was built in 1893 (but as noted later it couldn’t have been used as such until 1905). He says it was a former memorial hall converted into almshouses by Herbert Shepherd-Cross MP in memory of his wife. Unfortunately his sources are not recorded.

Royston Crow reports the 1893 opening ceremony.  It was erected in the name of the late Mrs Mary Shepherd-Cross, who died in 1891. Situated in Ford Street, it was 40ft by 20ft. There are a few later references to its use as a hall used for educational purposes. There is a reference to a replacement hall being built in The Causeway.

Victoria County History (pub 1912) does not refer to any almshouse provision. It does note that Herbert Shepherd-Cross built a hall in Ford Street which was later converted into cottages, building a replacement memorial hall in 1903. This is confirmed by High and Noakes who add the conversion to cottages took place in 1905, the dedication plaque being moved to the church.

A conversation with the tenants at Ford Street Farm next door said they did not think the building had ever been used as almshouses.

Unfortunately this cursory information is all that has so far come to light.

Newspapers. These articles can be viewed on-line via the British Newspaper Archive website