Some notable locations in the town 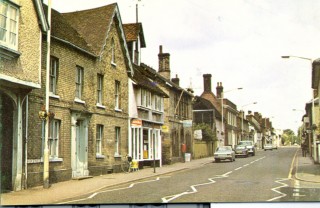 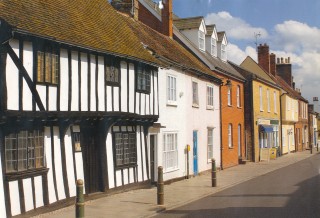 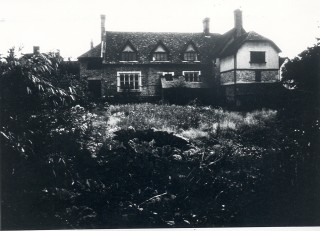 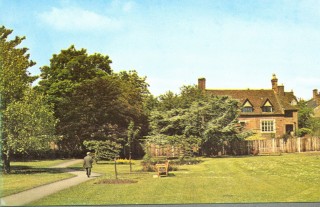 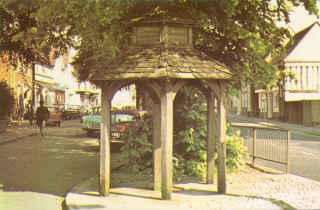 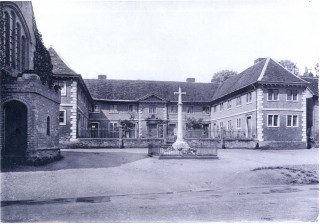 Buntingford High Street is part of what was once the Roman road Ermine Street, the main thoroughfare from London to York from Roman to mediaeval times.  The reason for Buntingford’s original growth and commercial success, it’s still the commercial heart of the town, with many historical buildings lining it.  These include the Bell Inn, a timber-framed building in which Queen Elizabeth I is said to have stayed on a journey north; the Red House, a Georgian structure that was the home of book illustrator, stage designer and poet Claud Lovat Fraser; and the Master Tanner’s House, a striking 18th century building.

A pleasant Grade 2 listed building, Layston Court was built as a school in 1630-1633 for Elizabeth Freeman of Aspenden Hall.  It was a “Free School”, or grammar school, until 1877, after which it was altered and became a private residence, set back from the High Street behind a wall.

The school’s grounds were retained as a public park after the sale of the building, and are now in the trust of the Town Council.

A pump may have stood on Market Hill, outside the Manor House, since the late 17th century, and was used importantly for the cattle market that was held in the area.  In 1897, a canopy was built over it to mark Queen Victoria’s Diamond Jubilee, and this was restored by the Civic Society.

Described by Nikolaus Pevsner as “the stateliest in the country”, the Almshouses on Market Hill were built in 1684 on the orders of Seth Ward, Bishop of Salisbury, an old pupil of Buntingford Free School.  Ward, a founding member of the Royal Society, was a close friend of Sir Christopher Wren, and it’s widely believed that Wren designed the Almshouses, although this is largely speculation.  They’re maintained by a trust and still provide accomodation for the elderly.

The War Memorial was designed by Claud Lovat Fraser, of the Red House, and unveiled in 1920, in front of the Almshouses.  It lists 45 names from World War 1 and 8 from World War 2.