A brief history of Buntingford 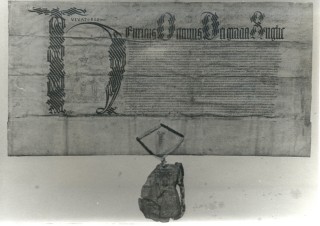 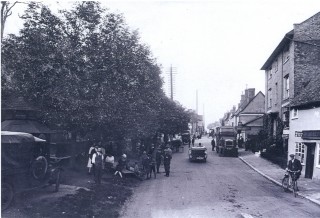 Buntingford may be the country’s smallest town, but it doesn’t lack for history, significance or charm.

Situated on the great Roman thoroughfare of Ermine Street, the main road from London to York, Buntingford was first mentioned by name 1185, in records of land owned by the Knights Templar. At the time, it was part of the parish of Layston, but the importance of its location ensured that Buntingford would rise in significance.  The High Street is actually part of Ermine Street, and as late as the 17th century, the settlement itself was sometimes referred to as Ermine Street.

The name Buntingford is popularly believed to refer to the bird, the bunting, but this is considered unlikely, since the town’s name predates the bird’s name. It may refer to a Saxon personal or tribe name Bunta.

Permission for a market was granted by Edward III in 1360 to Elizabeth de Burgh of Chipping, but she transferred the rights to the people of Buntingford, making it one of the first markets in the country to be run by the community. The market still continues every Monday.

Buntingford became an important coaching town between the 16th and 19th centuries, and supported fifteen inns and beerhouses at one stage, and the stretch of Ermine Street from Wadesmill to Huntingdon, passing through the town, was England’s first turnpike road in 1663.

Buntingford in the 20th Century

Buntingford was only made a town and parish in its own right in 1935, and in 1974 became part of East Hertfordshire District Council.  Its traditional tanning industry declined in the 20th century, but other industries have been attracted to Buntingford, and the town continues to grow.