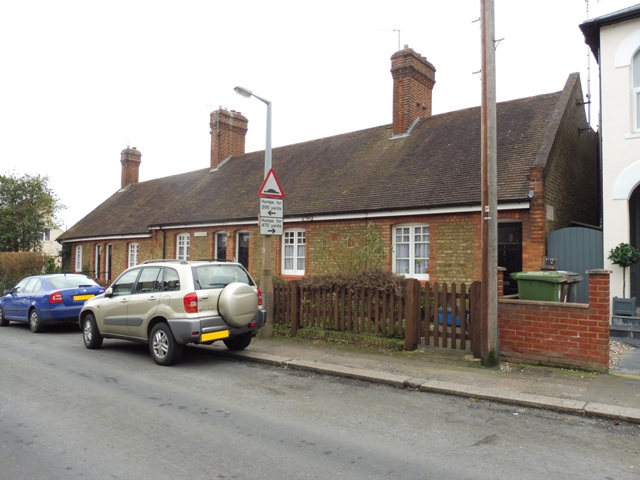 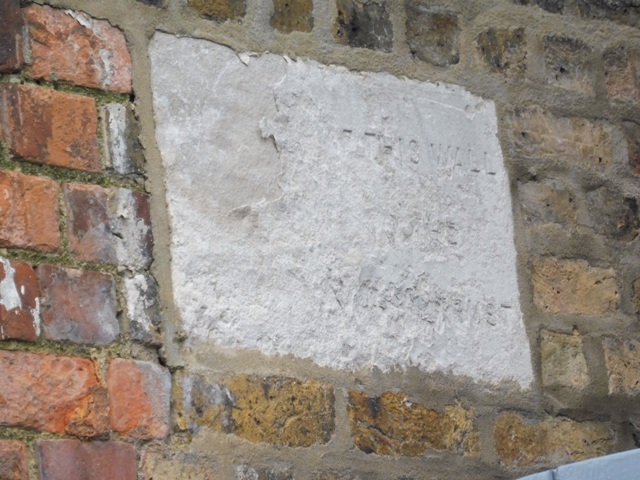 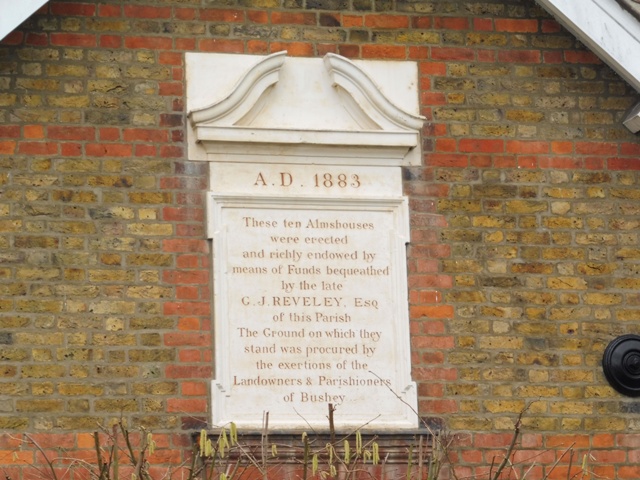 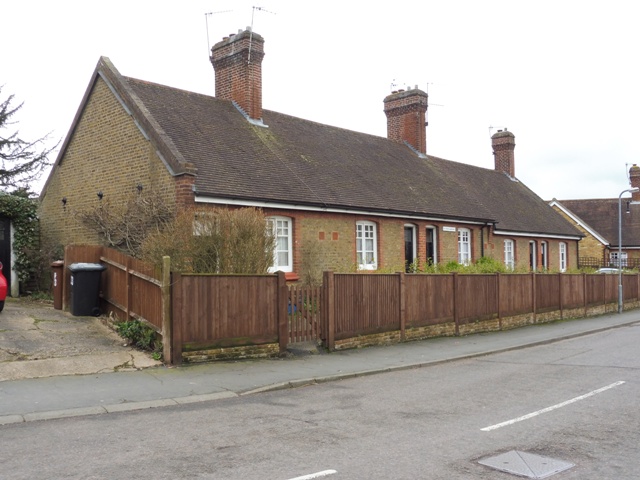 Legal technicalities and time constraints nearly caused this almshouse project to fail. George Reveley, a lawyer, left £1500 for 10 almshouses, with a further £10,000 as an endowment. That was worth about £750,000 in 2017 prices, and amounted to nearly half his estate which was recorded as under £25,000. The relevant part of Reveley’s will is included in Hertford Mercury and Reformer Saturday 27 April 1878.

It seems he tried to transfer some land but died only a few months after drafting his will, before the transfer could be completed. An ancient Statute of Mortmain – the taxman’s attempt to prevent legal tax avoidance – was invoked. The will included a 2 year clause, when the gift would lapse. It took some effort by George Lake to raise funds from public donations to purchase suitable land and to deal with the legalities in time. The next matter was the number of trustees. More had been appointed than was normal and it seems the number was reduced.

Public meetings were arranged from time to time when the legalities and plans were discussed and finally agreed. The original architect died so another had to be appointed. Tenders were invited for building the almshouses. None came below the £1500 limit. They ranged from £2675 to £1725, the preferred tender of £1795 being submitted by Foreman.

The accommodation was small, being two rooms with outhouses. Again, there was discussion as to its suitability. Comments were made that elderly people would find it difficult using the privies at the end of the garden in winter. They may well need care and there was insufficient room for a live-in carer.

The opening ceremony was different from many others. Schoolchildren were entertained to what was more like a fete with sideshows, bands and food. There was, of course, the speech to the children, but it wasn’t too long and the children returned to the fun. The Committee held its own celebratory dinner the following year.

It seems that the first residents had to have a link with Bushey for 10 years. At some time 5 years became sufficient. Applicants need to be at least 60 years of age. The provision was meant for those who had fallen on hard times, not the pauper class. One discussion was that the provision should be for women only, as they far outnumbered men and that men could still earn a living while it would be extremely difficult for widows to do so. Married couples were allowed 12s (about £40 in 2017) a week, single persons 8s (about £27), though this was discussed at times. If a spouse died the survivor could continue in the almshouse, but would be required to leave on remarriage.

The local rector had the main right of nomination but there was also a committee involved. There are newspaper notices about appointments and deaths which give some detail about the beneficiaries, such as former publicans. Friends of Bushey Museum Journal has an article about a resident’s previous employment by the local council in the 1940s. The time between someone’s death and a replacement being appointed seems to be about 2 months.

There is a plaque describing the foundation on the corner end of the buildings. The buildings themselves are not of the status to merit listing by Historic England, but are in the Bushey High Street conservation area. There is a 1995 document protecting them from much alteration. This was at a time when significant repairs were being planned.

A letter by Mrs P Stockwell Hertfordshire Countryside is interesting. Her grandmother, Mrs Darvill, was the nurse at the almshouses from 1918 till 1934. Mrs Pleasance said she used to run errands each day, and had to be careful with the pennies.

The current facility is for 9 dwellings and a warden’s accommodation.

The almshouses are affiliated to the Almshouse Association and registered with the Charity Commission, ref 205904.

1995 document about the conservation area. https://www.hertsmere.gov.uk/Documents/09-Planning–Building-Control/Building–Tree-Conservation/Conservation-Areas/Art4-1-10-Reveley-Almshouses-Park-Road-Herkomer-Road.pdf

Friends of Bushey Museum Journal 1st Series – No. 6 – Winter 1992 p12. Bushey in the late 1940s Ivy Hassell, who lived in the Reveley Almshouses, recalls her time as a Council employee in the late ’40s,.The article about her life but does not mention the almshouses.
https://busheymuseum.org/journals.