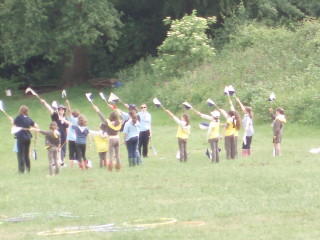 Early Guides often acted as messengers for example at the Treaty of Versailles, as they could be trusted to pass on sensitive information.

Each girl had a set of flags and a sheet of semaphore alphabet.  They learned some letters and then practised sending messages.