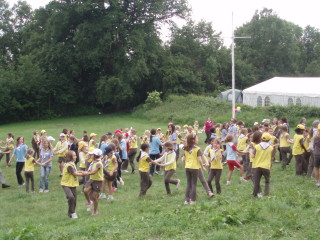 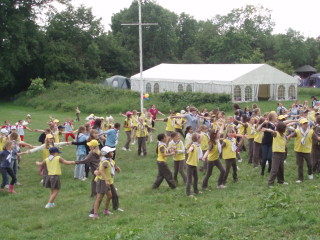 New technologies and the influence of affluent American society meant big changes for the young people of the 1950s.  Rock and Roll music was top of the list for entertainment.

Challenge: Show off your dancing talents

The girls all learnt some jive steps, which they put together into a routine.  At the end of the game they had a mass jive together which looked absolutely fabulous.