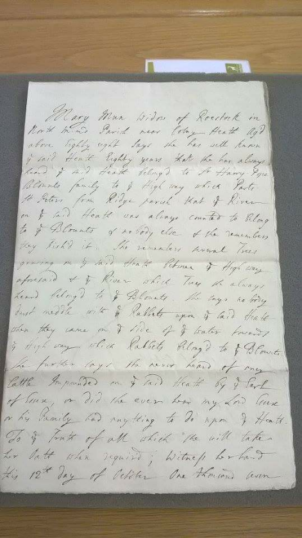 Just off Coursers Road, lying between Colney Heath and London Colney is a little pocket of local heritage in the guise of Tyttenhanger House. The house itself, a modest 17th century mansion sitting back from Coursers Road, is now used for commercial purposes and serves as a popular place to hold weddings. But its history goes back all the way to the Norman Conquest. It firstly belonged to the Abbot of St Albans. Then at the dissolution of the monasteries Henry VIII confiscated it and gave it to Sir Thomas Pope, one of his favoured courtiers. Henry knew the spot having stayed there with Katherine of Aragon, after escaping from London during a period of ‘sweating sickness’. The house, although rebuilt by one of Sir Thomas’s successors, remained in the Pope family for the succeeding centuries until the 1970s when it became a commercial enterprise.

Part of the estate was Colney Heath. Looking at this pleasant green public space peopled by dogs and walkers, it is difficult to believe such a restful oasis of trees and stream has a history of dispute that goes back all the way to 1427. The original argument was delightfully arcane and, as a testament to the tenacity of the various owners went on in various forms until at least 1738. The first disputees were Thomas Knolles, the Lord of North Mimms (remembered in Knolles Crescent, Welham Green) and the Abbott of St Albans. The argument was over hunting rights. The ensuing agreement was a novel one. The abbot and Thomas were to have the ‘drive’ on alternate years, with the Abbott benefiting from the first year of the arrangement. The next provision seems to have caused endless problems for the next three hundred years. The abbot enacted various decisions which included ‘the [enclosure] of all animals found in the heath, and fines for all those animals for which the possessors had no right of common. It was also agreed that the abbot might inclose a corner of the heath near the mansion of Tyttenhanger … and that Thomas [Knolles] might inclose 10 acres.’ The abbot also made footpaths over the heath and enclosed this land apparently as a park, and stocked it with deer.[1]

This arrangement was never satisfactorily settled and various lawsuits, continued after the Dissolution for at least 300 years and there is a record of such an action between Sir Harry Pope Blount and the Earl of Essex. Sir Harry was the owner of the Tyttenhanger estate and the Earl of Essex, a major landholder in Hertfordshire had inherited a pretension to rights over the land through various marriage settlements.[2] The ensuing argument is evidenced by a wonderful set of live depositions to be found in the Hertford archives.[3] They were collected by in 1738 to prove, at least by custom, that Sir Harry had the fishing and impounding rights over the common. The hand written sheets of paper, dictated by the people living in the village exemplify loyalty to the lord of the manor. Whether or not ‘persuasion’ in the form of money or coercion was used is not recorded, so we must assume that the statements were freely given.

The evidence comes from inhabitants of Colney Heath. As it is evident that the interviewees could not write, their marks appear on the various documents and while their statements are not controversial, merely confirming the Pope family’s rights, the ages and addresses are interesting. For instance, Mary Munns, ‘widow of Roestock’ was ‘over eighty eight years’, and despite being quite blind is ‘in her senses’. William Brock, aged over 90 and ‘in his senses’ although quite deaf talks at great length and in great detail of Colney Heath as known by his father, who had been the Earl of Essex’s tax gatherer, presumably in the 17th Century. He describes the heath as having four gates and four ‘lane ends’, and of the current Pope Blount’s grandfather driving cattle over the heath and driving strays to the pound. This elderly gentleman provides further details of life in Colney Heath 300 years ago. He talks of Mr Richford, the vicar of St Peter’s not taking tythe geese from the commoners because, presumably, they were not his parishioners, the land having been given up by the Earl of Essex to Sir Harry’s father. He also remembers that there was a cross on a hill nearby which was said to mark the boundaries of the Parishes of North Mimms, St Peter’s and Ridge. And he was, he declared, ready to swear the truth of this.

This seems to be the theme of the villagers’ depositions: that the land is not in the parish of St Peter’s (St Albans) but in the parish of Ridge and therefore part of Sir Harry’s estate. He himself made copious notes which are also in the archive, recording earlier judgements and such details as his family having repaired the bridge over the river. He goes back as far as the reigns of Henry VIII and Elizabeth I to remark upon judgments in his family’s favour in the court rolls. The basis of some of the argument seems to have been the way the bounds of North Mimms parish were neglected allowing the Earls of Essex (St Peter’s Parish) to encroach upon the land. It appears from Sir Harry’s researches that the villagers paid homage and rents to the Lord of North Mimms all the way back to at least the Tudors.

The end of this dispute is not clear but it can be assumed that the land remained in Sir Harry’s ownership and a further delve into the archive may reveal the outcome. But from this distance it shows great tenacity on the part of the Blount family since this dispute appears to have come up before various courts for so many years.