The Edwardian Keeper of Colney Heath 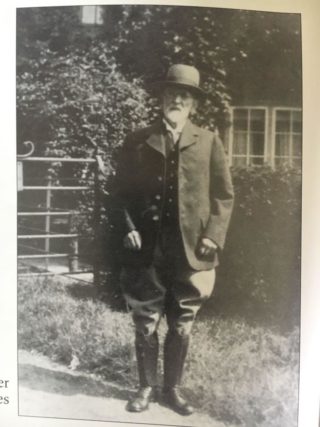 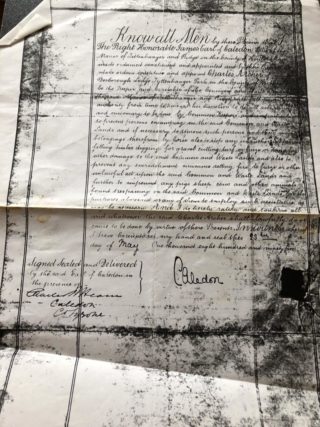 Most of us have been given employment contracts at some point in our working lives. And when we receive them we expect to have a salary and our working conditions laid out clearly with a dotted line at the bottom for us to sign.  It seems that country workers in the late Victorian or Edwardian period received contracts which are almost mediaeval in the emphasis on what the worker can do for the employer but little information on what the employer will do in return.

I had not even thought about this imbalance until my neighbour showed me the manuscript which confirmed her grandfather as the keeper at Colney Heath and the attached land including Tyttenhanger and Ridge. It starts off in grand style with the command “Know all men” and the owner of the land is named as The Right Honourable James Earl of Caledonia.  The document then goes on to list the duties of the keeper, Charles Archer.  So this is a very one sided document but it is possible, just, to see what the keeper might be getting in return. Mr Archer appears to live in Desborough Lodge which has since disappeared but was probably tied to the position.

There is another piece which raises questions as to the perceived role of the landed gentry at this time.  While the document does not mention remuneration or sick pay or even a holiday his duties are clearly set out.  Mr Archer, as the Lord of the Manor’s employee, is given considerable power to exercise.   Colney Heath by that time butted on to the jurisdiction of the Metropolitan Police so criminals could cause a short delay in retribution by running the heath. But no mention is made of any official authority that the keeper could go to. Mr Archer, if the document covers all his duties, was not a gamekeeper. He was more of a caretaker or ranger. And a part of it must have been quite dangerous if one can imagine that some of these encounters were not necessarily friendly.   He had  to prevent people from camping on the heath, stop them digging out gravel or setting fire to the furze. He was also expected to stop them felling the trees for timber.  All this could be done with violence if necessary but he was permitted to call in for help if required.  And if there was still time after a busy day evicting, digging and hewing Mr Archer could fill any spare moments with checking that someone’s sheep, pigs or cows have not taken a fancy to the grassed areas. The document says that he is then instructed to impound them. He was certainly a busy man.

So that seems to be the sum total of Charles Archer’s responsibilities.  For all this he may have earned around fifty pounds per year and received the accommodation free of charge.

This information is found in this one page document.  The working conditions were probably reasonable since this was an important outside job. It kept the heath free of unwanted people.  The chilling thought is that the keeper is allowed to use violence to keep the law. No mention is made of recourse to police or any other civic authorities.