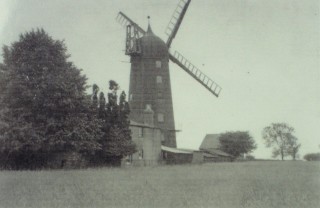 The Windmill, with the millers house on the right, 1910 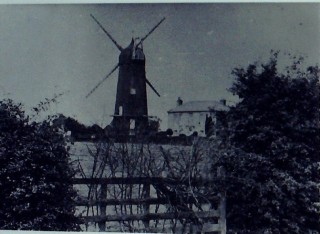 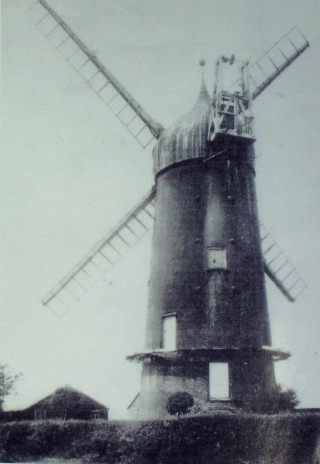 There once stood a windmill in Goffs Oak, near Newgatestreet Road, on a site now known as The Crest.

Build around 1860, it was a tower mill, built to replace an earlier mill which had been burnt down by a fire. The windmill ceased to operate in the 1890’s, and in 1918 one of the sails blew off, with the others being dismantled soon after.

After being capless for many years, it was finally demolished by the owner in 1954, so that the bricks could be re-used.