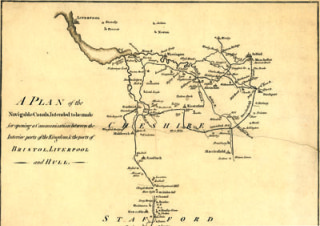 At Ashridge there is a monument to the memory of Francis Egerton 3rd Duke of Bridgewater (1736-1803), known both as an eccentric and an innovator. In 1759 he began to build the Bridgewater Canal linking his coal mines with Manchester and Liverpool.

Its successful opening in 1776 gave rise to canal mania. He devoted much of his life and his money to his obsession, to the detriment of his Hertfordshire estates at Ashridge and Gaddesden.