You are here: Home>Herts history>Towns and Villages>Welwyn>Do you remember the Coronation of Queen Elizabeth II 60 years ago?

Do you remember the Coronation of Queen Elizabeth II 60 years ago? 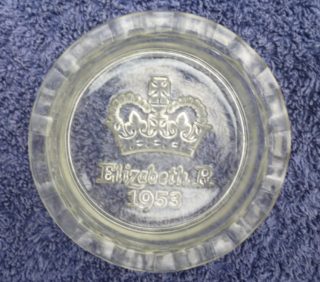 Towns and villages in Hertfordshire celebrated the Coronation with a format which had been used for many previous Royal occasions – a thanksgiving service, sports and tea for the children, a dinner for old people and fireworks.

The novelty for 1953 was the facility to watch the event on television.  In Welwyn this was at the parish church of St Mary, at Hertingfordbury at Birch Green school and in Harpenden in the public hall.  Entertainment for children included the presentation of souvenir mugs.  (How many still exist?)

The programme in Welwyn and Hertingfordbury was limited to the day itself – June 2 1953 but Harpenden had saved up for a larger celebration through a 1 ½ d. rate by the Council plus voluntary contributions and fundraising.  Events were planned for the week  with a definite fairy theme – including a fairy picnic, fairy races, the fairies’ anti-litter campaign culminating in the Coronation Ball (tickets £1.3s.0d.) with the arrival of the Fairy Queen arriving by Fairy Coach at 10.00 pm.

Wisely, given the English climate, an alternative programme consigned many events to the public and church halls in the district – apart, the programme noted, from the fireworks display.