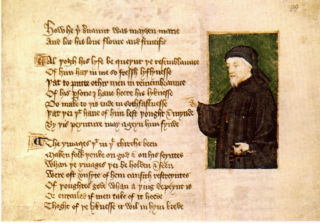 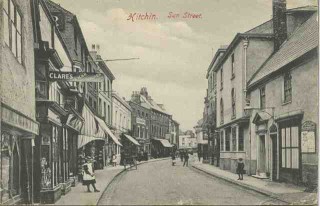 We associate Valentine’s Day with commercial greetings cards and romantic dinners. In fact, many people assume it’s one of the endless “days” created largely by the card industry to make money, but Valentine’s Day is a far older tradition. It was celebrated all over the country, but a number of references survive in Hertfordshire.

The History of Valentine’s Day

References to Valentine’s Day as a time for lovers go back to Shakespeare, and a little more obliquely to Chaucer, though the emphasis there is more on birds’ mating season. There are suggestions, however, that it could be far older than that. Though officially the Feast of St Valentine, a 3rd century priest and martyr, it coincides with the ancient Roman festival of Lupercalia, the festival of the wolf, celebrating wildness and fertility. Some have suggested that Valentine’s Day could be a watered-down and romanticised version of the more raunchy original.

By Shakespeare’s time, if Ophelia’s songs are anything to go by, there was a well-established tradition that the first person you saw on the morning of the 14th was destined to be your true love — your Valentine. The first (handmade) Valentine’s cards and gifts are recorded during the 17th century, and by the early 19th century, the Post Office was regularly taking on extra staff in February to cope with the rush.

Valentine’s Day has been celebrated in Hertfordshire in both familiar and less-familiar ways. The Harpenden local historian Edwin Grey, writing about the mid-19th century, recalls that the young would send “love tokens”

…being dainty little affairs made up of paper lace, artificial rosebuds, violets, lillies of the valley, or other artificial flowers, together with Cupid’s hearts and darts, with a tender or sloppy message printed under the design…

Grey doesn’t specify whether or not the lover identified himself or herself. Although the tradition seems to have largely vanished, until a few decades ago a Valentine’s card was always unsigned, and the recipient had to guess who had sent it. It’s not clear whether that was true in 19th century Harpenden, though it seems that the custom was strictly for declarations of love — not, as today, to celebrate established relationships.

More surprisingly, perhaps, St Valentine’s Day was important for children, as well as young lovers, in Hertfordshire. William Hone in 1832 quotes a description of the children of Hitchin perambulating around the town, collecting money and being thrown

…wreaths and true lovers’ knots from the window, with which they entirely adorn themselves. Two or three of the girls then select one of the youngest amongst them (generally a boy), whom they deck out more gaily than the rest, and, placing him at their head, march forward in the greatest state imaginable…

The children would sing under the windows of each house they passed:

This wasn’t restricted to Hitchin. As late as the early 20th century, a similar ritual was still going on at Breachwood Green, on the Bedfordshire border, where children were given pennies, halfpennies or apples for singing a two-verse version of the song:

Good Morning, ma’am, ‘tis Valentine;
There are no grapes upon the vine,
There will be some in summertime,
So pray, ma’am, give me a Valentine.

Valentine was mostly the season for love (and collecting money), but a rather more gruesome tradition was remembered in Much Hadham. It was said that, on Valentine’s Eve, a ghost known as the Moat Lady would emerge from the moat at Moat Farm — and someone would die that night. Very often a traveller would indeed die around mid-February, although it wasn’t always quite on the correct night.

The Lady is said to have been murdered and sunk to the bottom of the moat by her murderer. She’ll continue to claim victims, so the legend claims, until her bones have been found and given a Christian burial.

Whether this tale has anything to do with Valentine’s Day, or whether the date is coincidental, it’s an unusual element for the season. Then, as now, this was mostly a time for celebration, as it was in Shakespeare’s day — and perhaps even in Caesar’s day.