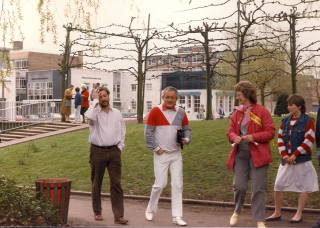 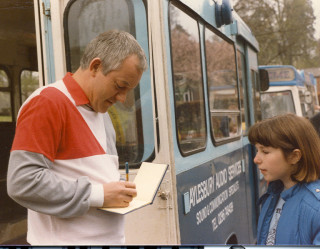 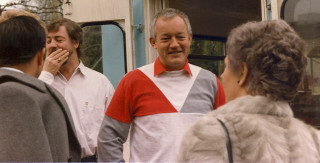 The following, although submitted for publication on my blog spot in the Hemel Hempstead MovieMakers website, I thought it might also be of interest for Herts Memories as well.

One of the great beauties about our genre is that it not only can entertain, but also, record events which people may wish to view as a momento, or even from a local history perspective. Hemel Hempstead Movie Makers aka Hemel Hempstead Cine Society; possibly Hemel Hempstead Cine Club; and on rare instances; Dacorum Films, have over the years, played its part in this. DVD copies of a small portion of some of our material, in fact, has gone into the local history archives for posterity.

In the 1960s for example, we did make some films on standard 8, at least two productions about Hemel Hempstead’s Spring Festivals. In fact one of them, shows film of legendary jazz pianist, Earl Hines, at the Cavendish School, in Warners End Road. After his concert, the production crew captured him acting as himself, signing an autograph, specially for our film. (See David Harrington for more details.) Earl Hines was in one BBC documentary, described as the greatest, or one of the greatest jazz improvisers on the piano. In other words, our film, could be compared to that of having Louis Armstrong posing specially for us!

But other events have also popped up for our productions, presented in a montage, or compilation form, with members being responsible for a particular assignment. The longest epic, was the controversial ‘Jubilee In Dacorum’ but to go into detail would be too intricate. Just let us say, as stated elsewhere, the club nearly wound up as a result. But pleasingly, as we know, has survived. But in order to do this, our weekly meetings had to become fortnightly. I leave with delight, reference to this full length feature epic, and hurriedly go to the next paragraph.

However, during the 1980s, at least three films using a similar approach was made annually. They went under the main title of ‘In View’ followed by the respective year. At the time, we presented cheese and wine charity film shows. So, there was at least a showing of them there. They captured events occurring in Dacorum. They were shot on super 8. Regrettably, they came to an end, as a number of events, such as the boat race on The Grand Union Canal or The Mayor’s Charity Fun Run, were annual functions, which basically made our  productions look like re-makes of one another. A similar idea was put forward by Guy. But for whatever reason, this did not seem to come to fruition. Oddly enough, it would have been a very interesting  production. The Dacorum Borough Council were quoted as saying they wanted Hemel Hempstead put on the map. The Hemel Hempstead Gazette stated that it was the day that the town changed. They were right, but not in the way they all meant. These aforementioned quotes were referring to the brand new Riverside Shopping Area, with its star player being Debenhams. The town was now posh. However, Hemel Hempstead was put on the map and changed. The event gained international attention, was photographed from space, and is still an ongoing saga. No, not Debenhams opening, but what happened in its wake. It was the year of the Buncefield Oil Storage Depot disaster. When the town and beyond was rocked by this explosion, just gone 6am Sunday December 11th 2005. In fact, one of our former meeting venues, Leverstock Green Hall, was utilised for the H.Q. by personnel, to administer the handling of this emergency. I could rant and rave about Buncefield, but this would be a diversification of this blog’s subject, as well as a piece of writing that would make Tolstoy’s ‘War and Peace’ look like a short story. So I shall move on.

We also had a member from New Zealand who suggested the club making a production consisting of a film montage regarding places depicted on a Monopoly board. Like the other productions, it would involve different members shooting their respective assignments. I know some ground work was started, but never completed. Unfortunately, the member who suggested the idea, I understand, is now back, living in New Zealand.

Capturing something and combining it on one film is not unique for newsreel or travelogue. Just before I joined, I gather the club had been divided into segments to produce their productions for our Society. One film however, was a compilation of three individual stories with a central theme. The film was shot on standard 8, and although on striped sound, I believe there may be a reel to reel soundtrack in our archive as well. It was titled ‘Fishy Tales.’ It had a liaising theme of anglers in a bar, exchanging stories. We, in turn, then see the stories. One popular tale; if you pardon the expression; featured a mermaid being caught in the River Bulbourne, Gade or Grand Union Canal. Regrettably, as far as I am aware, there are no copies of the film. Therefore you can only see it, if this is shown on a projector with standard 8 and striped film facilities.

There. I now conclude my blog. Hope you enjoyed it. Please join me again for my next one when Alan French rides again! In the meantime, if you know of anyone who is keeping a pet mermaid, please let us know, so that we can sign her up for a film.

Enclosed photographs feature Shadows’ drummer, Brian Bennett during the 1980s. The event which he came to was originally going to have Hank B. Marvin. He was indisposed, and so Brian Bennett substituted for him. Hemel Hempstead Movie Makers/Cine Society filmed the event for the IN VIEW newsreel pertaining to that year. I took some still photographs, of which I think you may enjoy. I have to say, for for legal reasons, that they are copyright by me. Alan French.

Do you know that Brian Bennett was at one time one of Marty Wilde’s Wild Cats?

Did you know that The Shadows were at one time called The Drifters? Not to be confused with the American vocal group of the same name.

Do you know that there is an earlier vocal version of Apache?

Bruce Welch of The Shadows first heard the vocal version only a few years ago when chatting to Suzie Quatro on a radio programme?

Do you realise that the writer of this blog was born in The Royal Northern Hospital in Holloway Road?

Did you know that many famous pop hits were recorded by record producer Joe Meek in Holloway Road. The most famous hit being Telstar?

Did you know that not only is the road that I was born in, featured in the film Telstar, but so is the turning where I lived featured, as an unpleasant incident depicted in the film took place yards from the house in which I lived?

Do you know that John Lennon and Yoko Ono visited Holloway Road?

That there is a rumour that John Lennon and Paul McCartney, before they were famous may have practised on the same premises where we (Hemel Hempstead Movie Makers) currently meet in Hemel Hempstead? (Back of Carey Baptist Church.)

If anyone knows if this is true, could they please let us know?