Introduction and background to my life in Hemel Hempstead. 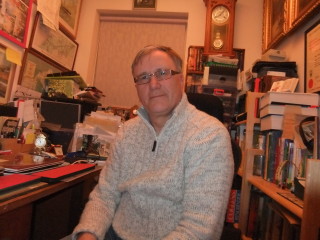 This is just an initial introduction as I have just registered.

My name is Brian George and I was born and brought up in Hemel Hempstead.

I was the youngest of four with my parents.  My Mother worked for 18 years at John Dickenson and Son and she was a Supervisor with 18 staff on the order pulling section. A very demanding area. My Father was an Aircraft Inspector at Hatfield.  British Aerospace. His last plane he worked on was the HS 146 Whisper Jet.  He was responsible for the air worthiness of the tail section of the plane and had to quality assure the whole of that area.  He was a sheet metal worker by trade.

I worked at John Dickenson and Son for three years from 1965 to 1968 in the Mechanised Accounting section with Robert and Derek.  Operators.  A Mr Turl was the manager, and the senior manager was a Mr Sears.

After that I went to Addressograph Multigraph of Maylands Avenue (see separate entry just emailed in on that).  From 1968 to 1974. I worked in the Machine Order Control section which liaised between 14 sales branches and the factory of some 400 people.  Very interesting work. I was a young man aged 18 to 24 whilst at A&M.  I also worked in the Price Control section under a Mr Moorcroft. A man of about 28 who later went to work for a caravan firm near Leighton Buzzard I believe. Two other people called Ron Wakeman and Sidney worked on the section as well. Ron left to become a policeman I believe.

I also worked part time for Securicor in the town, doing static guarding duties at the weekend on day time shifts, working mainly at Kodak 2. This was the training facility in Gadebridge park. Now called, I believe Sovereign Heights.  The training facility having been closed down sometime after I left the area.  A very eerie place in late afternoon. It had an atmosphere. Very creepy place to be on your own.

The person who did the weekend night shift was a music teacher who worked for Harrow School for Girls.  I did not envy him walking about that place at night!  Gave me the creeps being there on my own I can tell you. When the sun went down in the afternoon.

One Saturday I turned up for a day shift and was told that a man, Kodak employee, had turned up earlier for a photographic course due to start on Monday, and I was told not to bother him in his Caravanette parked in a remote part of the car park. His stay had been authorised by Kodak and the security manager knew about it all etc etc.

The following day  when I reported for the Sunday day shift, I was informed that the employee had died overnight in his caravanette. Gas poisoning apparently!?  The companies security manager had been informed and the police had been there overnight to deal with it. I had not seen hide nor hare of the man all the previous day.  I can still see that caravan in my minds eye. Odd how things stay with you.

My family lived at Highfield and also Boxmoor also the Apsley area when I was very little.

I have many happy memories of Hemel though it has changed an awful lot since.

I lost touch completely with people in the town after I moved to London and then Nottingham where I now live. (and have done so for 26 years).

I had other relatives who lived at Bovingdon, and Wendover. All dead now.

Things move on don’t they?

I remember when very small, the railway viaduct over the Marlowes area and going down into town with my mother going into a shop to have the radio batteries topped up.  Also Taylor McKenna the toy shop in Marlowes where I used to buy Minic Motorway pieces each week with my pocket money.

I went to Bennetts End Secondary Modern school and before that Belswains Junior School.  Cannot say I enjoyed either place very much.

That’s all for now.  Will post more as time goes on I expect.