Hertford Town Centre, Now and Then 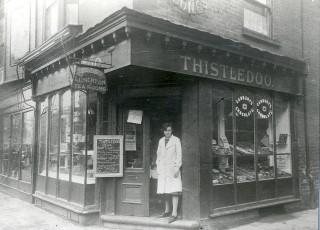 Hertford town centre has been through much change in the past, and even more so in the past 40 years. Hertford in the 1970s was very different to the Hertford we know now.

Many shops and organisations have remained over the period, such as banks and the Salisbury Arms Hotel (some have relocated either upsizing or downsizing but still exist within the town), and shops in Hertford were once those which sold items needed for day to day practical life. However many of the buildings that once held these traditional and small businesses now house the ever growing beauty industry.

Where paint shops, antique shops and greengrocers along with many others once stood, you will now find nail and beauty parlours, tanning salons and countless hair dressers. In fact there are over 25 hair and beauty establishments currently in the town centre alone.

Notable are the types of shops and businesses in Hertford even further in its past. Family run businesses were common place; on the corner of Fore Street and Market Street once stood ‘Thistledoo Luncheon and Tearooms’. This was run by a brother and sister for a period from 1926 onwards. The building was later torn down and rebuilt in order to widen the road, and not at all surprisingly the new establishment built to fill the open space now takes the form of a tanning studio.

The town centre has changed dramatically over time, and this change has excelled in the last four decades. Hertford is moving on from its traditional small town roots and is indeed being dominated by the evergrowing beauty industry.