You are here: Home>Herts history>Topics>Hertfordshire and the Slave Trade>Petition from Hertford and North Herts re the abolition of slavery, 1830

Petition from Hertford and North Herts re the abolition of slavery, 1830 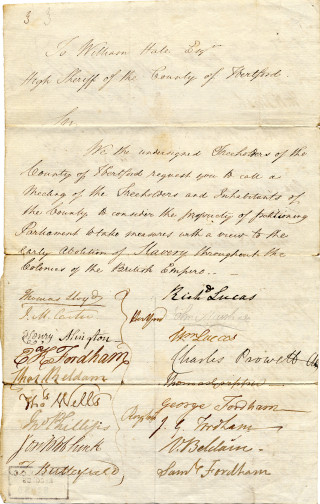 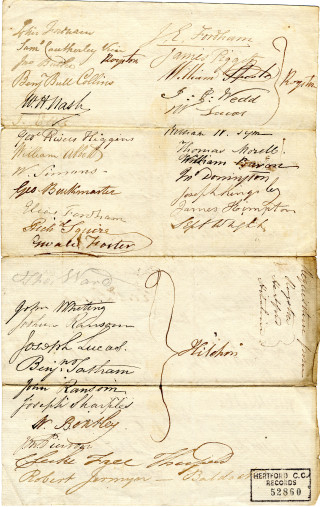 This petition was sent by Hertfordshire freeholders to William Hale, High Sheriff of Hertfordshire, calling for a county meeting to petition Parliament for the ‘early abolition of slavery’.

It is interesting to see the names of the men from Hitchin, Royston and Hertford who signed the petition.  The list includes several members of the Fordham family.

We know that their petition was successful as a county meeting was held at Shire Hall in Hertford the same year.