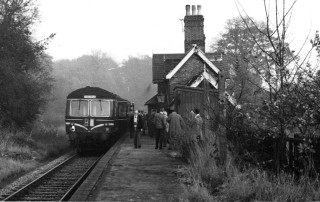 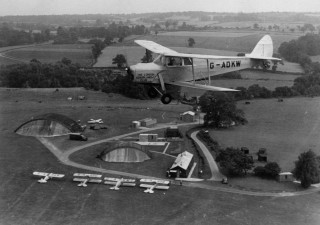 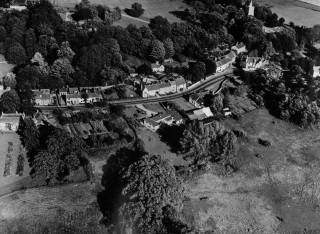 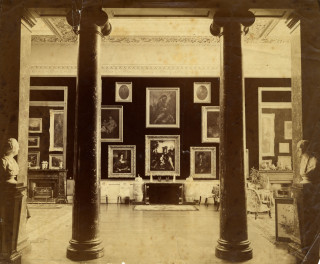 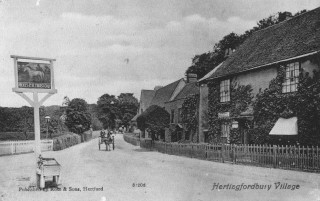 For such a small and rural village Hertingfordbury has been associated with many dramatic events and notable people.

Five Hertingfordbury criminals were executed from 1789-1824 whilst two others narrowly escaped the noose. Jane Wenham of Walkern was the last person sentenced to death for witchcraft in England. After being reprieved she ended her days in Hertingfordbury where she died in 1730. Spencer Cowper, later a judge, was tried for murder in 1699 and found not guilty. His effigy can be seen in the Cowper chapel within the beautiful church of St Mary’s.

The Cowper family at Panshanger

For years the Cowper family were the most prominent in the parish. They lived at Panshanger House which was demolished in 1954 although the mighty Panshanger Oak still stands. Said to be at least 500 years old the tree measures over twenty feet in circumference and was once surrounded by grounds landscaped by Humphrey Repton. Julian Grenfell the war poet spent much of his childhood at Panshanger. He died in France in 1915 and is remembered for his poem ‘Into Battle’.

In October 1944 a German bomber crashed at East End Farm after a raid on Hatfield. Four crew members were captured.