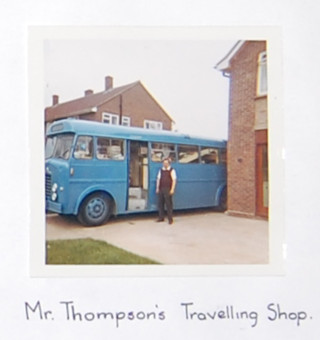 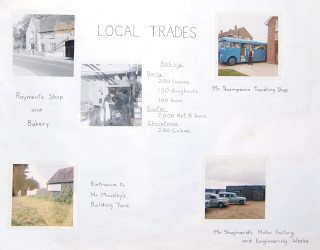 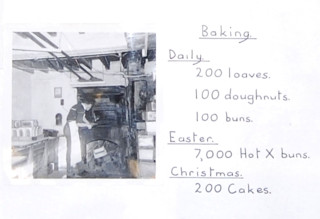 Hertingfordbury residents and their work

Hertingfordbury is near Hertford North and Hatfield Stations; it is also on bus routes to Barnet, Bishop’s Stortford, Hertford, Ware and Welwyn Garden City, so that there are work opportunities outside the villages.

In 1965 there were six farms, three market gardens, four residents farming as a secondary occupation, a building business, a welding business, a garage, two hotels, all of which provided work for the village itself.  At that time there was still a village bakery.   Several married women worked (it was still rare to find women working) these included teachers, secretaries, the Assistant Medical Officer of Health for Hertfordshire, dressmakers and hairdressers.  Two of the village shops are owned by women and the third is staffed entirely by married women and some still do domestic work in houses other than their own.

The villages were well served by the Healthcare services with Hospitals at Hertford and Welwyn Garden City and doctors attending those who did not have transport.  Children were seen by the school Doctors at 5, 8, 12 and 14 years.

Trading as Wheatley and Knight, this provided a seven day road-side service from 7am to 10pm, with a seven-man workshop at the back.

This was established in 1926 and run by Miss Burgess.

This was started by Dutchman John Jansen in 1926 and had five or six employees in 1965.

This grew out of the old “cat’s butcher” which was seen in many large cities and towns during Victorian and Edwardian times when the gentry kept large hounds and cats were in demand to keep down infestations of rats which abounded in stabling and slums.

This was taken over by Rochford’s and this site is used for propagation purposes.

Farms in the area

Mixed arable/dairy.  Cropping in 1965, 190 acres barley, 54 acres sugar beet, 134 acres leys and Lucerne and 47 acres to pasture.  They had 95 cows in milk, 60 Friesian and 35 Dairy Shorthorns, producing 250 gallons a day. Milking was carried out at 5.30 am and 3.30pm each milking taking 2 hours.  The milk was held in a 330 gallon tank and collected by the Milk Marketing Board at 8.00 am every morning and delivered to the A1 dairies at Whetstone.  The new venture for the farm that year was 110 lambs which were bought in to be sold dead weight to local butchers. They reported wet conditions for the hay and wheat harvests and bad weather prevented all the sugar beet from being harvested.

Also reported that poor weather conditions affected crop yields and that the sugar beet was sowed by hand slinging rather than a seed drill which at that time were not up to the job, the poor summer meant that the sugar yield was down.

240 acres run by Mr Pearce, 1 man and a boy with 3 tractors. 110 acres barley 50 acres wheat 40 acres sugar beet 15 acres oats 15 acres potatoes.  These were hand picked by casual women labour from around Hertford and Ware. New venture was a market garden with runner beans and lettuce to supply shops in Welwyn Garden City. The livestock included 5 cows, 7 calves and one bull.

Consists of 28 acres of pasture land.  This land was farmed as a hobby for raising beef cattle from nurse cows and grazing for the family pets 1 pony and two donkeys.  The land stretches from Hertingfordbury Recreation Ground to Hertford Football Ground and is separated from adjoining ground by the River Mimram on one side and the old Hertford – Hertingfordbury railway on the other side, with the beautiful stately St. Joseph’s mansion in the middle.

Total acreage 290 divided roughly half and half to dairy and corn.  The main interest is producing pedigree beef using Hereford and Aberdeen Angus.  Commercial calves are also reared for beef.  All the feed for both pedigree and commercial animals was home produced.  The basic mixture is of barley and oats with varying amounts according to the age and growth required.

55 acres spread across Hertingfordbury.  Hereford cross cattle are bought a few days old and bucket reared being sold at 9-12 months as stores. Crops grown for hay were Lucerne, Ryegrass and meadow grass any surplus being sold.  They also grew 10-12 acres of spring oats and an acre of marigolds for cattle feed.  The hay crop was a poor quality due to wet summer.