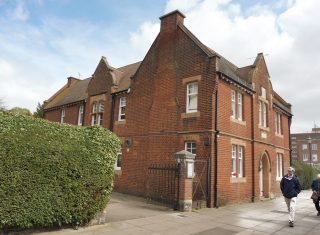 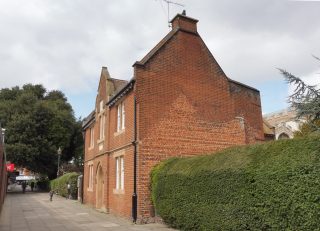 Waner's almshouse, looking from the Queen Street. May 2017
Colin Wilson 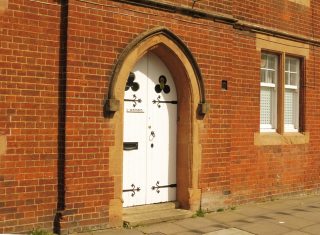 The main door to Warner's almshouse, with a disrceet nameplate. May 2017
Colin Wilson 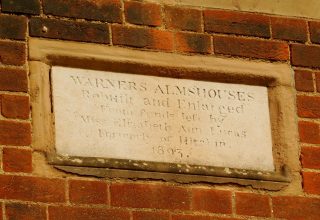 The dedication stone above the main door, Warner's almshouse. May 2017
Colin Wilson 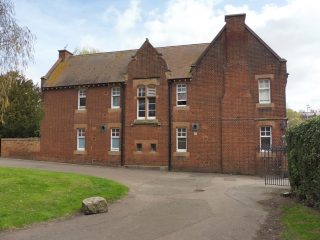 The Church almshouses or poor-houses were located at the south east corner of St Mary’s churchyard. There were six dwellings. When they were built does not appear to be known. By the mid 18th century they were dilapidated. In 1761 Daniel Warner arranged for them to be rebuilt, and they bear his name to this day. They were ‘for the warmer and better comfort of the poorest widows or ancient couples in this town’.

Later endowments were made by John Pierson and Joseph-Margetts Pierson (1794 and 1798) and Elizabeth Whittingstall of Watford (1824). Elizabeth Lucas (died 1860) left funds for the almshouses. Some of her legacy was used for the 1893 rebuilding and enlargement.

It appears that these almshouses came under the umbrella of Hitchin United Charities in 1852.

A note from 1930 reports that the almshouses were 6 tenements for 6  women, who received a weekly allowance of between 3/6 and 6/-. Note the change from the original ‘widows or married’ stipulation.

Parts of the building may be over 350 years old, but it is not significant enough to merit listing status.

The History & Antiquities of the County of Hertford, by Robert Clutterbuck
vol 3 p52
Printed by and for John Bowyer Nichols, 25 Parliament Street, London 1827

Newspapers. Can be viewed on the British Newspaper Archive website