More than just tea and cakes! 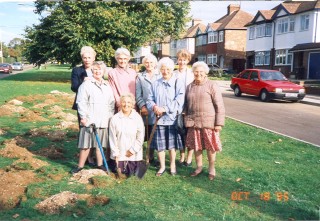 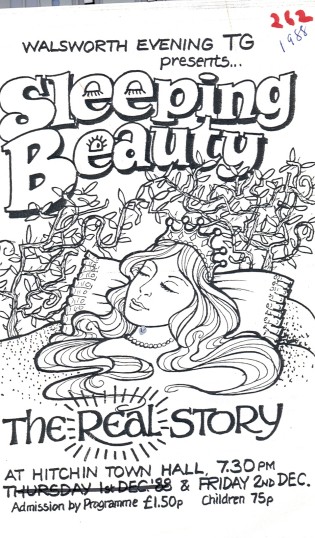 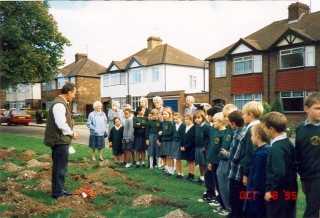 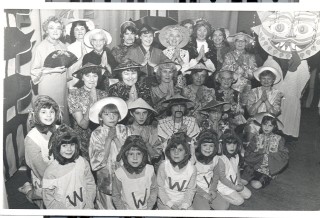 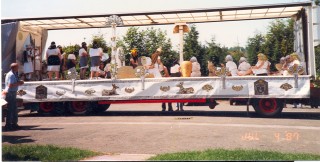 I joined the TG in the 1980s. At the time my mother had been a member for many years and often tried to get me to come along, but I wasn’t sure it would be for me. How wrong I was! I went along to take part in the drama group and was soon involved, helping with costumes and joining in the song and dance routines. When my children were small they took part in several pantomimes and the excitement of the performances, the dressing up and putting on a show were magic for them.

Our last pantomime was in the Millenium year, performed at Hitchin college. It was a massive undertaking for an amateur group, involving many husbands and children – organising the lights and the scene changes. Our two talented writers produced the script and we had a hilarious time, dressing up as the Spice Girls and all sorts. The dress rehearsal was a disaster – our producer, Barbara Wilshere, was in despair and our two writers, Anne Smith and Marion Nicholas wanted to cry. We didn’t even get all the way through the performance, as the college shut at 10pm. We had to take everything out of the changing rooms, as they were needed for the next day and they didn’t want us using them! However in the best tradition, it was a smash hit on the night! The audience loved it, laughed at the jokes and my son had the pleasure of finding he could entertain an audience! It all goes to prove it’s much more fun taking part than watching from the sidelines.

Whilst that was our last pantomime, we carried on for some years producing song and dance shows for old people’s homes. Sadly our troupe had to come to an end – our pianist, Frances, became too old play for us and it was hard to find another with her years of experience, playing for the Granville School of Dancing. Our producer, Barbara Wilshere sadly passed away and her talent was hard to replace. But it was all tremendous fun and I was so glad I joined in!

As told to me by Isobel Norris

My memories of the TG movement go way back to the early 1950s, when my mother, then in her middle age, joined the Walsworth TG as a founder member. She changed from a rather quiet woman with little confidence and a mundane existence as a housewife to a vibrant lady who seemed to grow in stature as the challenges of commitee member, secretary, arts and crafts lover and active member of the drama group offered her the opportunity to develop her own personality.

The years passed, I married and moved away, my parents moved to Wales, where my father sadly died. We returned to Hitchin, bringing my mother with us, whilst she searched for a new home. One day she suggested I accompany her, and, just to keep her company, I went along. The friendliness of the members,and the reception accorded to my mother stays with me to this day, and was a key factor in my decision to join. I was 33, and to hear all the activities on offer opened up a whole new world to me. I wanted to do everything, and over the years, I probably have done!

I remember the excitement of participating in our carnival floats, where we saw off the competition on several occasions, winning several cups including ‘Best in Carnival’. Even drenched by rain, with our crepe paper running like a rainbow, what fun we had.

Drama and choir, under the brilliant guidance of Barbara Wilshere, who followed a career as headmistress of a junior school with directing her energies to the furtherance of women, organising pantos at Hitchin Hall, entertaining folk at residential homes, plays, often written by club members, were the order of the day.

One of my best memories is the time when I moved to Hitchin more than 30 years ago in 1980 and joined the Townswomens Guild. Such a wonderful bunch of people, they welcomed me into their group and I’m still there now. Over the years we have done many things together, raised money for local charities, entertained in old people’s homes, learnt new skills from each other to name just a few, but we did so much more.

Planted daffodils in Cambridge Road, raised money for bricks to build the British Schools. I could go in but I want to tell you about the wonderful pantomines we put on year after year at the Town Hall. Alas our last one was in the year 2000 when we performed ‘Once upon a New Years Eve’, a millenium panto at what is now known as the College for the Arts. My friend and I wrote our own scripts for pantos like Sleeping Beauty – the real story, Jack and the Beanstalk, Alice in wonderland, Scrooge, Peter Pan and some we made up ourselves like Little Red Riding Hood and Once upon a New Years Eve.

What a wonderful time we had learning our lines, painting our scenery, building props, making costumes, everyone was involved. Our producer Barbara Wilshere had to have alot of patience with us but she was great at getting the best out of us.

Another great thing I enjoyed was the Hitchin Carnivals. We used to have a float each year for that too. Getting together to decide what to do was good fun. We used to find that a colour scheme was the way for us.

We made floats like ‘Join TG and get in the swim’, Play your cards right, Mary Poppins. My favourite float was the Cleopatra one. It took alot of work to make the mosaics but they were wonderful, it must have been good because we won that year (July 1987). Although we don’t put on pantos or make floats anymore we are still a thriving guild. Supporting charities, having monthly meetings, supporting the summer fair on Walsworth Common, while still making new friends of course our memories.