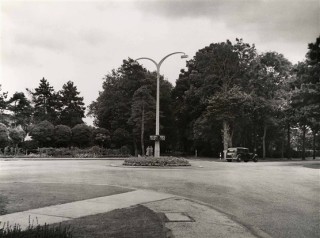 The first houses to be occupied were Alpha Cottages in Baldock Road.

The first 9-hole golf course opened in 1905 on Letchworth Park.

The first purpose -built traffic control roundabout constructed in Great Britain is at the junction of Broadway, Sollershott and Spring Road. It was originally known as Sollershott Circus.

Her Majesty the Queen made her first official visit in 1982 to open the new Leisure Centre ,Baldock Road.

Sir Laurence Olivier was assistant stage manager with one of the LGC repertory companies.

Cross Street is the only “street” in Letchworth Garden City.

The Broadway Cinema was opened in 1936 by Sir Arnold Wilson,M.P.