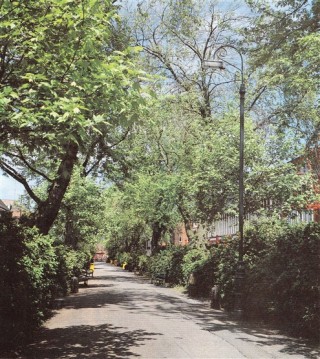 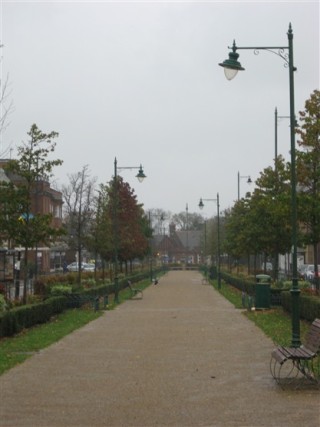 The ‘Broad Walk’ Broadway Letchworth was originally planned as a tramway. It stretches from the town square to the station.

Letchworth was the idea of a man named Ebenezer Howard (1850 –1928). He had an idea of a utopian city far away from the inner-city slums. In 1898 he wrote a book Tomorrow: A Peaceful Path to Real Reform in which the garden city concept was described. Howard’s ideas received great support and backing and in 1899 the Garden City Association was formed.

Letchworth Garden City was founded in 1903 and has had great influence in town planning ever since. Letchworth was the first garden city and was created to be lush and green in contrast to the cold greyness of London. Looking at the pictures below there has been much change in the look of the landscape since its creation.

A petition to save the trees

The first picture shows a mature established scene. Many of the trees planted in 1903 have been removed to make way for new development. This can be seen in the second picture. Right up to this day residents of Letchworth have been petitioning to try and save some of the original well-established trees sadly though they are still being removed.